That moment when you hear a song for the first time and you know it. Well, you just know it. You know this is made of that particular substance of which the great bands are made, the names that will adorn posters and neon at the doors of venues and that in no way can, should or will go unnoticed. Eldoradio are one of those bands. Trollhattan, Sweden – a town north of Gothenburg which lingers in recent memory due to the racist attack on a school, where a Swede killed three people disguised as Darth Vader – witnessed the birth of Adam Johansson, Anton Thorstensson, August Johansson and Tomas Berglund, the four flaming Swedes that make Eldoradio one of the most powerful indie rock combos in Scandinavian coordinates. They’re joined by Thomas Keen, an import born in London. The perfect rock’n’roll circus is assembled. 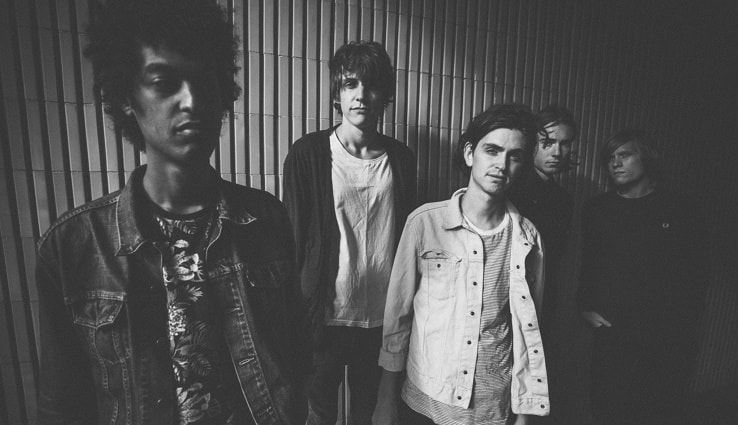 With only three songs available for listening (including “Friend Of Mine”, “Black & Blue” and “Circus” which you can listen at the bottom) Eldoradio shows that they are a creative machine of fast anthems, pop enough to grasp you the first time you lay your ears on them, but at the same time an entity which reclaims 77’ punk aesthetic bringing to mind the Buzzcocks or Stiff Little Fingers but playing side by side with the heavyweights of indie rock and the current garage rock . Talking about names like The Strokes, Kaiser Chiefs and The Libertines – the inspiration that made them gather in the same band – or even the fellow countrymen The Hives is not totally irrelevant to trace the DNA of Eldoradio, clearly fruit of the junction of two scenes as striking and essential as the British and Swedish.

Tomorrow, April 20th of 2016, will be carved in history by the release of the band’s debut album, 21st Century Explosive Sound, and from what we have to show you, expect many loud guitars, songs crafted to fill large festivals venues and small, sweaty and smoky clubs. Concise songs, direct, torn and addictive. But as tomorrow is always too far, today we have the premiere of the brand new video for “Eldoradio”. Less than 2 minutes of pop seizures, punk made joy, the same brilliant formulas with which the Ramones made their infinitesimal and infinite rock gems. 21st Century Explosive Sound comes with the seal of the label Comedia and is filled with 10 indie punk explosions that will stay around echoing in your skull for a long, long time. This promises to be only the beginning of so much more!