Half-Life 2: Episode Two is the second of a series of stand-alone episodes based on HL2, the popular and acclaimed shooter epic. Armed with new weaponry and vehicles, Dr. Gordon Freeman must race through a countryside riddled with an increasingly fierce Combine threat. Half-Life 2: Episode Two is a first-person shooter video game, the second episode in a series of sequels to the 2004 Half-Life 2. It was developed by Valve Corporation in tandem with Episode One, the first game in the series, and released in 2007 via Valve’s Steam content distribution platform. The episode was released both separately and as a part of a bundled package, The Orange Box. Episode Two gameplay consists of expansive environments, travel and reduced linear play, continuing Valve’s policy of orienting each episode around a particular theme or set of technologies. Following the closing events of Episode One, it sees Gordon Freeman and the series’ other major characters moving away from City 17 to the surrounding countryside. Wikipedia®. 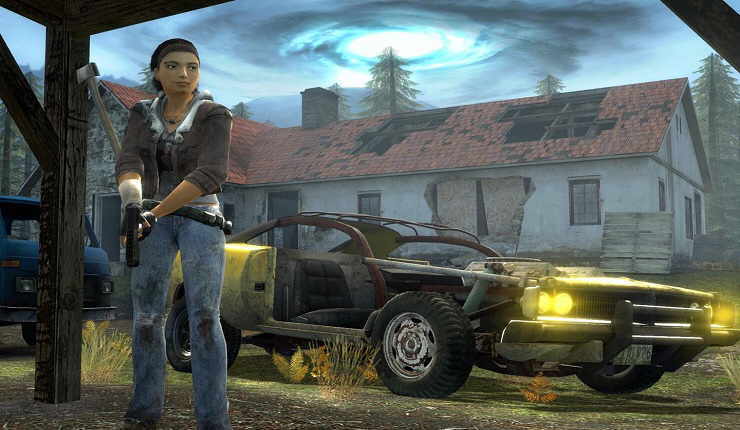