Copenhagen-based duo GENTS are the latest exciting sound to come from the capital’s burgeoning electronica scene. Lifted from their forthcoming LP ‘About Time’ on The Big Oil Recording Company, the second single ‘Brother’ is out now. With Theis Vesterløkke on synths and production and Niels Fejrskov Juhl’s characteristic baritone vocals, GENTS’ sound is founded in a shared passion for 80’s synths and drum machines, alongside obvious nods to distinguished crooner’s Elvis, Scott Walker and Rick Astley. Their sound screams fun, but the duo are keen to emphasise their sincerity in what they do; talking to Soundvenue, Juhl describes their ambition to write songs which move people, but always with “a twinkle in the eye”. Citing artists such as Wham!, Tears for Fears and The War on Drugs as influences, the pair champion musicians who are not afraid to open up their hearts and use music as a direct mode of expression, with no distance or irony. 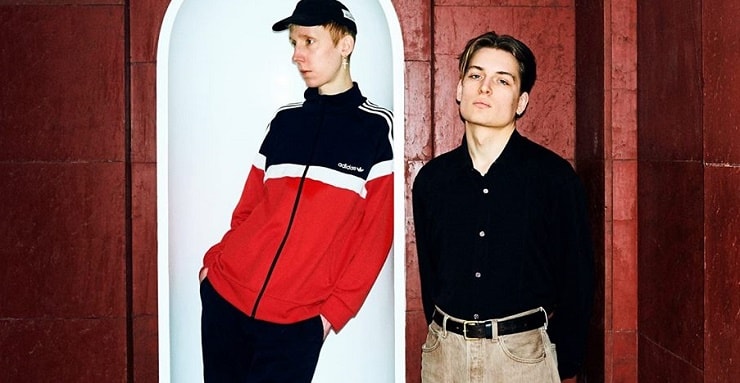 In this sense ‘Brother’, following up the recent release of ‘Cold Eyes (feat. Emma Acs)’, is a successful embodiment of the influences GENTS aspire to represent. Wearing its heart on its sleeve, ‘Brother’ is a buoyant pop banger, with a proud, playful synth lead darting across a dreamy landscape of bright guitars, light bouncing keys and Juhl’s dulcet baritone tones. When speaking of ‘Brother’, it appears that GENTS have a soft spot for the track. They note that although in making the album the pair produced around 25 tracks with the plan to select those which fit perfectly together, “’Brother’ is one of the songs that we instinctively knew had to make the cut”.

They continue to describe how despite differing opinions from the band and the producers on how the track should feel, the end result turned out to be “more daring and honest than we had imagined possible”. Having already featured on Noisey, The 405, Hunger Magazine and C-Heads, the pair have gigs booked in March at The Waiting Room, London, Amsterdam’s s105 De School for Subbacultcha and Berlin’s Loophole for Shameless/Limitless on the 8th, 9th and 11th respectively.
GENTS’ second single ‘Brother’ from their debut LP ‘About Time’ is out now. Having been listed in Sound of Copenhagen’s most rapidly rising stars compilation for their debut single ‘Young Again’, 2017 is shaping up to be an exciting year for this Copenhagen duo.