Atelier Firis: The Alchemist and the Mysterious Journey is a 2016 Japanese role-playing video game developed by Gust Co. Ltd. for the PlayStation 4, PlayStation Vita, and Microsoft Windows. It is the eighteenth main game in the Atelier series and the second game of the Mysterious storyline. The time limit seen in previous games makes a partial return in this game. Players are expected to accomplish a goal within a year, then the rest of the game unlimited. Several actions, such as running, fighting, and synthesis, consume time. Furthermore, as time passes day and night will cycle. The item synthesis system allows the player to place items of different sizes into a square panel, which players place items of differing shapes into. These panels have lines that appear on them; covering all the lines grants bonuses. Catalysts are used to change the size of the panel and add new lines, and thus new bonuses. The usage of catalysts can result in greatly different versions of the same item. There is, additionally, mass synthesis, or the ability to create items that change the fields themselves. Item synthesis is not bound to a single location. Instead, it can be performed at any campfire found in the land, using a portable atelier. This atelier can be decorated, and with some of the decorations offering special effects. Further, recipes for synthesis can be found from all kinds of activities, such as fighting, meeting characters, gathering materials, and the act of synthesis itself. 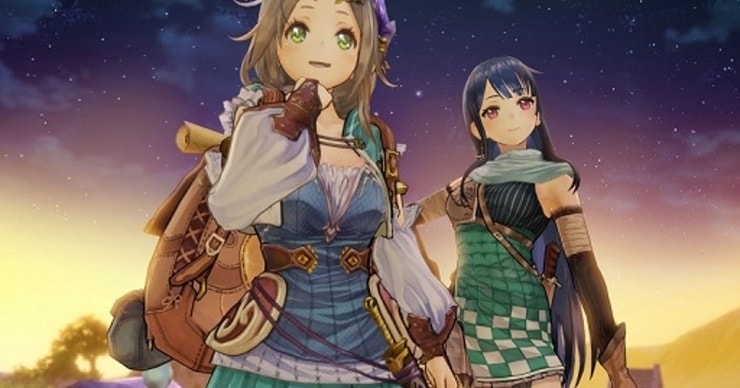 Items can be gathered through multiple methods. For instance, a rock can be broken with Firis’s staff, or it can be blown up with an item, which may result in different materials. Four characters can be taken into battle. Item effects and monster actions and abilities may change by the weather and time of day. Depending on the character’s selected action, their wait time for their next turn may change. Through attacking enemies several times, they can be inflicted with “break”, which makes them unable to move. They can be left stunned until they recover, or they can then be attacked for greater damage. As the characters perform action, a gauge fills, allowing characters to use “chain burst” activities when full. Any characters that move consecutively can use a combination attack together. Depending on the gauge and number of characters attacking together, chained skills can be used. Using these skills increases the “linkage” rate, which allows the use of finishing attacks once it reaches a certain value. All characters are capable of using items, however, only alchemists can use all items. Wikipedia®.

Atelier Firis: The Alchemist and the Mysterious Journey Walkthrough