Emergency 5 is the fifth installment of the Emergency series and was released in November 2014. Innovating on the campaign missions Emergency 5 now mixes both campaign and free mode for a more fluid and atmospheric experience. Whilst many improvements were made to the game, Emergency 5 was received poorly due to its poor optimization and drastically changed “map editor”; the replacement for the previous mod editor. Many mod creators refuse to move over from the out-dated game of Emergency 4 due to these issues, whilst modding is still being actively explored in Emergency 5 it did not receive the level attention that it was thought it would. Act fast! – Rescue! Protect! Salvage! Extinguish! There’s no shortage of action in EMERGENCY 5. Finally, after 8 years, the true sequel to Emergency 4 has been released. In EMERGENCY 5 for PC, you will direct tense rescue missions on three massive and detailed maps. To succeed, you gradually upgrade your fleet of vehicles and your relief units, and make sure that each unit is in the right place at the right time – if you’ve always wanted to be an officer in charge of directing fire brigades, the police, technical relief units and paramedics, you’ve come to the right place. Having the right strategy is essential in order to put a halt to the chaos. Over the course of the extensive campaign, minor accidents alternate with complex major events, ensuring hours of gameplay. A co-op mode also lets up to four players solve special multiplayer events. 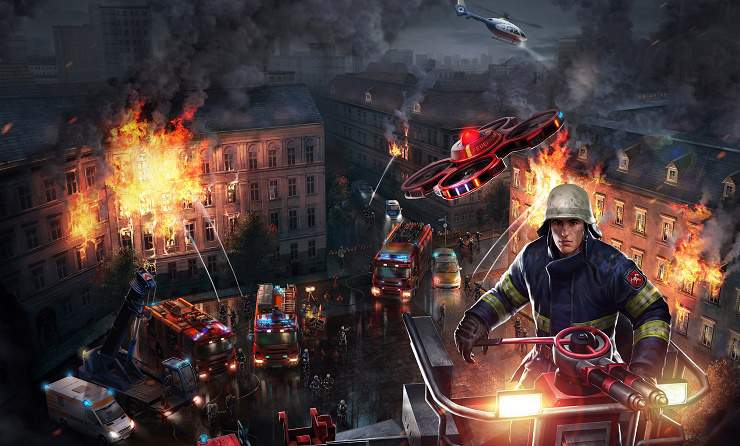 Emergency 5 Trainer (+5) Options:
Trainer for the game Emergency 5, you can use it to activate these essential Cheat Codes: Fast Extinguish Fire, Instant Heal People, Infinite Health, +50.000 Money, +50.000 Points. Note: This cheat tool is for the original version v2.0.2 of the game Emergency 5.