“Dota 2” is a multiplayer online battle arena video game and the stand-alone sequel to the Defense of the Ancients mod. Developed by Valve Corporation, the game was released on July 9, 2013 for Microsoft Windows, utilizing a free-to-play business model. OS X and Linux versions of Dota 2 were released on July 18, 2013.[4] Dota 2 is exclusively available through Valve’s content delivery platform, Steam. Dota 2 consists of session-based online multiplayer matches, in which two teams of five players attempt to destroy their opponents’ fortified strongholds. Each player controls a “Hero” character and, over the course of an individual game, focuses on improving their hero’s abilities, acquiring items, and fighting against the other team. Wikipedia®. 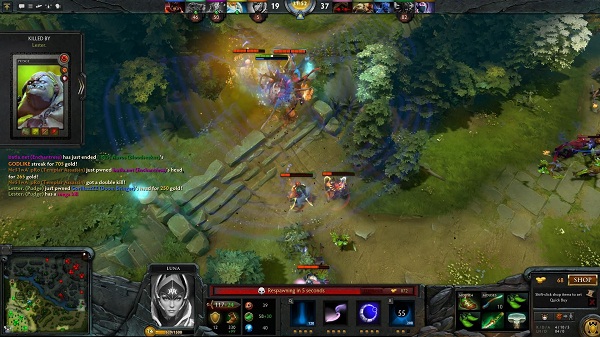 Practice Game Cheats:
Start a Pratice Game, then go to Game Setup and choose “Enable Cheats.” Once in the game, simply enter the following commands in the Chat window along with a parameter if required (do not include the square brackets).