Dia is the stunning project of composer and performer, Danielle Birrittella. Her debut EP, Tiny Ocean, released with Manimal Records, features songs produced by Joey Waronker (Beck, REM, Atoms for Peace), Tim Carr (The Americans, HAIM) and Frankie Siragusa (theLAB). Raised on a Hindu ashram, she sang ceremonial ragas as a child, which led to training and performing as an opera singer throughout the U.S. and Europe. Along these travels, she began experimenting with music and writing song fragments on a ukulele, which was gifted to her by her brother. Dia reminisces how she “would literally sit on the floor of my bathroom and come up with melodies”. Encouraging reactions from those close to her, reinforced her musical path. Tiny Ocean showcases Dia’s lush baroque-pop sound, which incorporates etherial vocal textures abstracted by organic percussion, electric guitars, ukulele, tiple, cellos, and drones. 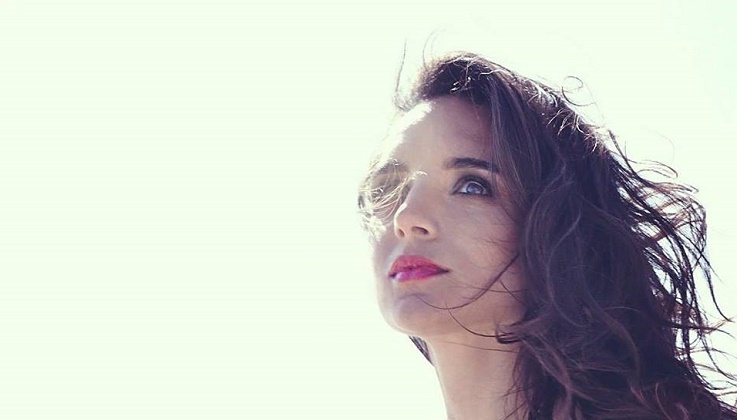 Her breathtaking debut is inspired by a 12th century poem in which Kafiristan confesses “since you love me and I love you the rest matters not”. This message is so awakening to Dia, she admits “the idea of just total surrender to love, martyrdom for love is power”. Tiny Ocean is Dia’s version of that, “tie a knot around my tiny ocean, hammer me to every wall you build… burn me with your brightness…”

Dia’s practice as a classically trained opera singer induced an incredibly critical ear. Her influences of classical music, such as Baroque and French Romantics are beautifully infused with modern experimental cinematic folk on her debut EP. She imagines the ideal time and place to listen to Tiny Ocean is on a long drive in the car, “The grandness and the movement of being on the road supports the grandness and the movement of the songs”. A native of New England, and graduate of New York University (BA) and California Institute of the Arts (MFA), she has lived and worked as an artist in New York, France, and Italy. Highlighted performances have included Disney Hall’s REDCAT – Los Angeles, La Musica Lirica – Italy, The Chautauqua Institute – New York, La Main d’Or – Paris, and The Ludwig Foundation – Cuba.