The word that jumps to mind when hearing Deanna Petcoff‘s music for the first time is yearning. Although yearning is a verb, not an adjective, it is the closest thing that can describe the hold her music takes on the listener. The warmth and texture of her sweeping vocals intertwined with the almost playful blueness of her lyrics fills the listener with a sense of intense longing, and reveals to us a worldview that is full of pain at the loss of love, and full of hope for something more beautiful. Petcoff grew up worshipping the music of David Bowie, Joan Jett, Lou Reed, and Patti Smith. These musicians, among many others, inspired her to first pick up a guitar and start to play. This fire grew and was fostered by the women at Girl’s Rock Camp Toronto, which she first attended in 2011. It was there she began her musical career, being paired with many mentors and starting her first band, Pins & Needles, a four-piece based in Toronto. She continued to play with them for 5 years, across Canada, and co-wrote two albums with the group. For Petcoff, this band spanned her high school years and was a chance to grow, play, and experiment, finding her voice among others in the city. In January 2018, Pins & Needles disbanded, leading to the beginning of Petcoff’s solo career, and the creation of her first single. 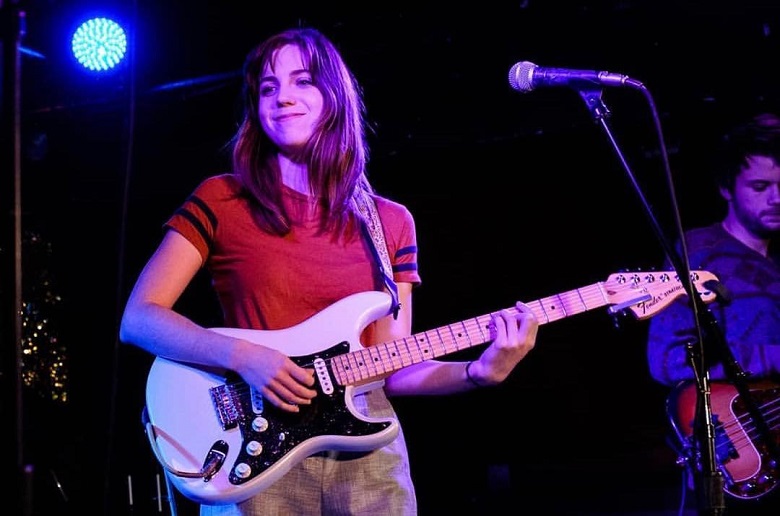 The track, Terribly True, starts softly, almost as if Petcoff is telling us about her day, through a simple hook and sunny guitar. Right when we are pulled in by the story (a woman in love, puzzled by her own mind), the unexpected happens: the heavy hit of the crash bursts into the melancholy cry of Petcoff’s melody. Petcoff doesn’t shy away from the heartbreak that inspired this record. Her lyrics are about her own tumultuous relationships and those of the people closest to her. Petcoff’s lyrical prowess comes not from the stories she tells, but from the characters she creates. Women who are “the manifestation of trust issues”, or are “hardwired to feel like [they’re] boring,” and men who want to be superstars, firefighters, and can’t seem to hold on long enough to love her.

While the sorrow of these people, caught in this endless yearning, can seem almost tragic, Petcoff manages to do it all with a sense of refreshing self-awareness: a beachy guitar, a chugging tempo, and a sly smile. Weaving these characters into the juxtaposing musical tones tells the stories of broken people frantically searching for hope again. This is what makes Petcoff’s music, as well as her performances, so compelling. https://www.facebook.com/deannapetcoffmusic/