Alt-pop collective sky coloured preview the lead single from their second EP ‘in the small hours’ – a polychromatic project inspired by the 1960s jazz and blues classics. ‘in dreams’, the EP’s lead single, details the pain of fragmented love, as a petty argument hints at the underlying, recurring problems of a relationship. The video follows the two dancers as they twist and turn through a shared space, their androgynous beauty dappled in soft evening light. 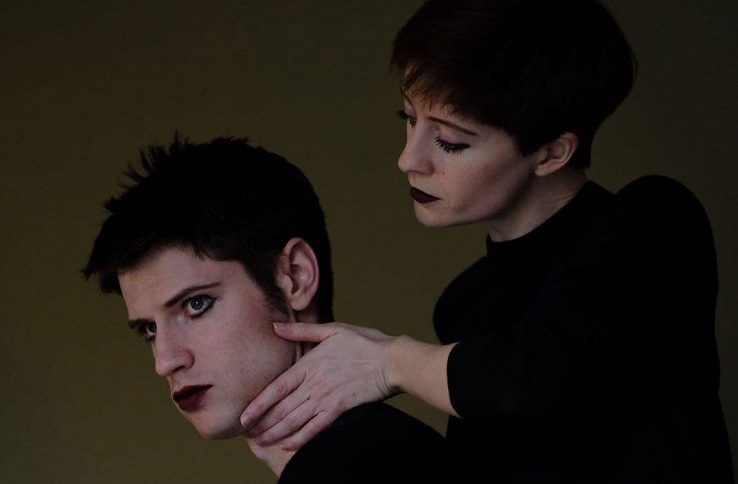 Creative director Jem Talbot offers a little more detail: “I wanted the video to affect the feeling of being within liminal states; the in between of film and video, male and female, rehearsal and performance, somewhere between being asleep and being awake. The visual rendering of ‘in dreams’ is exactly that, operating in a state both real and unreal.”

It serves as a bold introduction to the group’s second artistic project, a six-track EP encased in European hymnal tradition and rhythmic melodies. Led by Anthony, the act features a collective of talented London musicians, including trumpeter Emma-Jean Thackray, guitarist Kai Carter and bassist Matt Gedrych.

Growing up in secluded religious institutions, Anthony spent the majority of his childhood in Malaysia. Pop music became a source of creativity and liberation for the young artist, its sugary melodies and brash colours offering an escape from the confines of a rigid moral universe. Merging classical melodies with glittering pop undertones and with an EP soon to follow, ‘in dreams’ is an intriguing introduction to the collective’s unique sound.