Montreal-based producer Patrick Wade AKA Dead Horse Beats, drops his latest offering of brooding electronic R&B entitled, ‘Dive’ via the Brooklyn imprint Bastard Jazz Recordings. Lifted from his EP ‘Bad Hopes’ streaming in full on Noisey – the single comes as a follow up to Wade’s 2014 album ‘Single People’, and his soulful take on electronic music – melding elements of R&B, disco and hip-hop, has already won him rave reviews from the likes of Hillydilly, Indie Shuffle, Soulection and THUMP. Opening up with a, pulsing string pattern, ‘Dive’ is buoyed by warm, jazzy bass and a bed of glistening synth pads, creating a laid-back dance vibe reminiscent of SG Lewis. The vocal harmonies and somber delivery add to the melancholy nature of the track, emphasised by the sad-but-sweet vocal refrain: “There’s lakes inside your eyes, but you told me to dive, didn’t you, say you’d see me there”. Dropping with both sonic and lyrical emotion, ‘Dive’ creates a dreamy, serene soundscape in the EP. 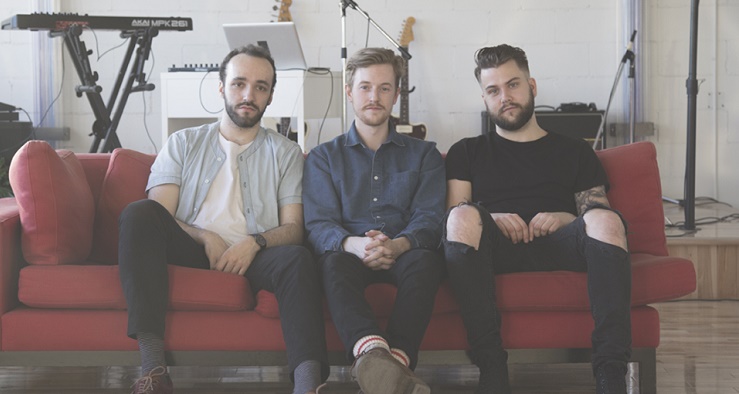 The track is accompanied by a visually striking video set to the drab winter hue of the producer’s adopted hometown of Montreal. Synonymous with the pensive nature of the track, the video tells of the emotional breakup between the two characters, flickering between the hazy, reminiscent dream of a happy relationship and its new lonely reality. Beginning his musical career as a drummer in a variety of bands throughout the early 2000s, Wade has since gone on to sharing the stage with the likes of Chashmere Cat, XXYYXX and Kaytranada.

His forthcoming EP – recorded over a three year period – represents the producer’s vinyl release with Bastard Jazz Recordings, and speaking on the theme of the project he explains that ‘Bad Hopes’ is a depiction of “shameful desires. You hope your friend gets sick so you won’t have to honour the plans you made, you hope to catch a partner cheating so you can have an excuse to end the marriage, maybe you hope someone would just die. This record is more or less about that kind of thing.”

Standing toe-to-toe with a plethora of diverse musical heavyweights such as Ta-Ku and Snakehips, Wade’s myriad of disparate influences combine to create a unique, musical timbre that cements Dead Horse Beats as one of the most exciting artists in the electronic scene.