Sid Meier’s Civilization VI or Civilization VI is a 4X video game in the Civilization series. It was developed by Firaxis Games, published by 2K Games, and distributed by Take-Two Interactive. The game was released on October 21, 2016, for Microsoft Windows, with a planned port for OS X. Development of Civilization VI was led by the teams that produced the expansions for Civilization V, and includes many of the gameplay mechanics introduced from those expansions. A critical design focus was to avoid having the player follow a pre-set path of improvements towards their civilization which they had observed from earlier games. Civilization VI places more emphasis on the terrain by “unstacking” city improvements from the main city space and giving bonuses for placing improvements near certain terrains. Other new features include research on the game’s technology tree based on nearby terrain, a similar technology tree for cultural improvements and a better government civics structure for those playing on a cultural victory path, and new artificial intelligence mechanics for computer-controlled opponents that include secret goals and randomized engagements to disrupt an otherwise stable game. 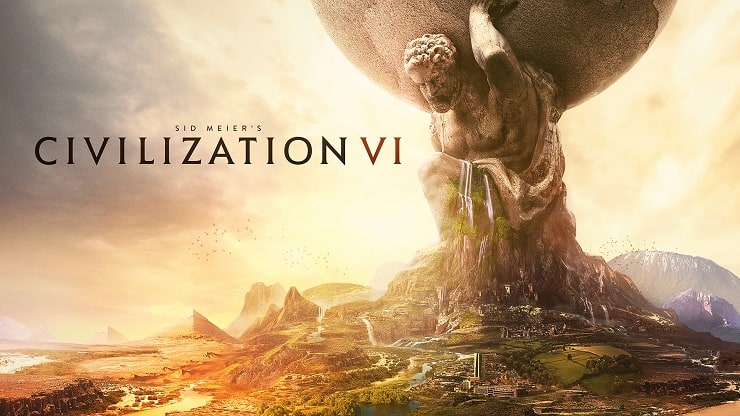 Sid Meier’s Civilization VI, winner of 15 E3 awards including Best PC Game and Best Strategy Game, is the next entry in the popular Civilization franchise, which has sold in over 35 million units worldwide, including more than 8 million units of Civilization V. Originally created by legendary game designer Sid Meier, Civilization is a turn-based strategy game in which you attempt to build an empire to stand the test of time. Become Ruler of the World by establishing and leading a civilization from the Stone Age to the Information Age. Wage war, conduct diplomacy, advance your culture, and go head-to-head with history’s greatest leaders as you attempt to build the greatest civilization the world has ever known. Civilization VI offers new ways to engage with your world: cities now physically expand across the map, active research in technology and culture unlocks new potential, and competing leaders will pursue their own agendas based on their historical traits as you race for one of five ways to achieve victory in the game.