Hailing from Atlanta, GA, 20 year old powerhouse vocalist Darla Beaux brings a fresh twist to traditional pop music with a dynamic, soulful delivery beyond her years. As a child she consistently sought out musical discovery, guided by her mother’s record player to the influential voices of Etta James and Nina Simone. At the age of ten, her family moved across country and she found herself enrolled at a Las Vegas-based performing arts school where she dove head first into vocal performance. Her debut single “Rebel Soul” caught the attention of RyanSeacrest.com, who exclusively debuted the video for the breakout title track, a move that put her engaging, soulful vibe in front of critics that instantly understood her star power. In a review in Girl Magazine, they went on to say that, “Darla Beaux is the new teen queen in town, and your next music obsession.” And they got it right. 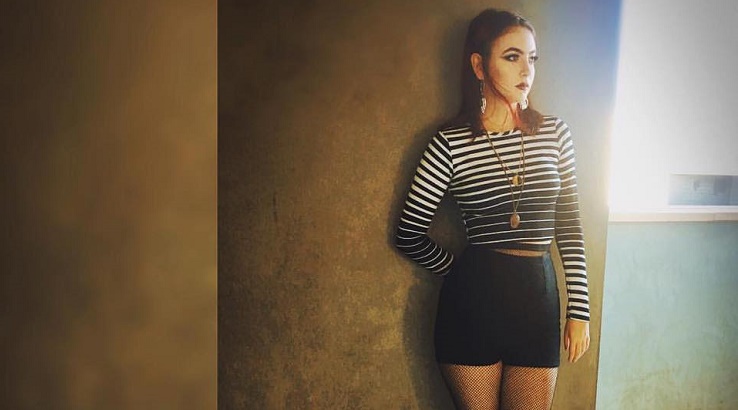 A laundry list of accolades followed the release of “Rebel Soul,” including winning first place in the Teen Category for the Unsigned Only Music Competition, as well as an invitation to Berklee College of Music’s Summer Program on a full scholarship. She began experimenting with songwriting on a deeper level, and honed in on learning how to play guitar, bass and piano. Darla’s talents were solidified when she signed a publishing deal with Universal Music Publishing Group. Exploring the call of her own voice and life experiences, she began work on her first major EP and with producer Travis Margis, they developed a timeless collection of songs with a myriad of genres.

Her newest single “Trippin on Tears” possesses a pop R&B vibe with razor-sharp hooks. Darla’s infectious vocal style puts her in the running alongside artists such as Olivia O’brien, Dua Lipa and Daya. The luscious, smoldering verses burst into a colorful, urban-infused garden of sultry vocals and subtle inflections — all while waving goodbye to a dramatic encounter that won’t let go. It preaches about the power of self-confidence and the will to let go of negativity, a message Darla’s attitude and straight-to-the-point delivery sink into with ease. Her long awaited self titled EP is due out in 2017.