London born and bred, Anna Tosh has been lending her considerable six-string skills to a varied roster of bands since she was a teenager, among them Wildhood, Love Nor Money, Hey Gravity and Shotgun Venus. But with her own collection of striking self-penned songs demanding attention, and the assistance of a red-hot rhythm section in waiting – Herman Stephens (bass) and Jeremy JayJay (drums) – Anna decided it was high time to make her mark as a solo artist. “My intention for my solo project was simply to write some songs for myself, with no boundaries or expectations,” she says. “I was deliberately trying not to think of what anyone else might expect me to do, and chucked the idea of seeming cool out of the window.” As a musician who has turned her hand to a whole host of styles when performing with others, it was inevitable that disparate influences would shape her songwriting. “My roots are in punk, rock and blues,” says Anna, “but I have been playing and listening to hip hop, drum and bass, funk, psychedelia, dream pop, experimental electronica…” Anna’s decision to take more control over her musical output was part of a general reappraisal of her life direction following a relationship break-up. She emerged galvanised and positive, reflected in the songs that comprise her debut EP, ‘One Big Fire’, which deal with friends, lovers and an acceptance of the capriciousness of these relationships. “They come and go from one moment to the next,” says Anna. “It’s a never ending source of inspiration how weird life is.” 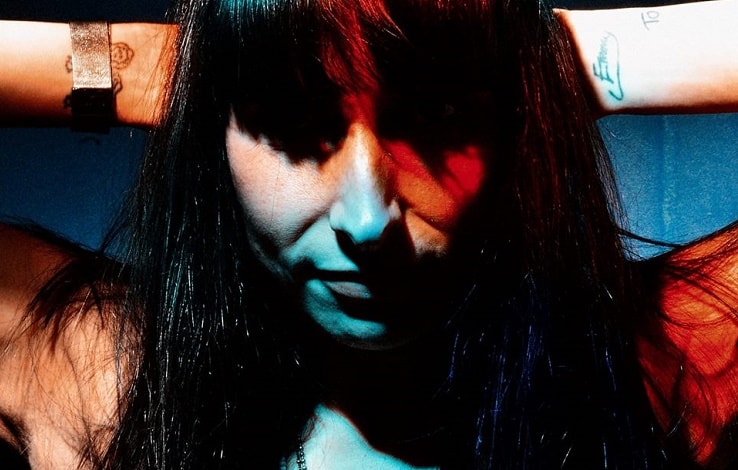 Spin her radiant songs and you may feel the presence of artists of many stripes: Nick Cave, Sonic Youth, Sheryl Crow, Captain Beefheart, The Slits, Talking Heads, Patti Smith, Elvis Costello, PJ Harvey and Bowie, all linked by their quality and all key inspirations on ‘One Big Fire’. It’s a release that proves Anna to be as agile and exciting a vocalist as she is a guitarist, making us grateful that she has decided to take centre stage once again. As Anna says, “I have re-discovered my singing voice, which had lain dormant for a long time.” Good things come to those who wait.

To a soul-infused alt-rock groove, as cool as midnight in Reykjavik and performed by a band as intuitive and tight-knit as sometimes only a three-piece can be, vocalist/guitarist Anna Tosh tells of her recurring dream. In it, she walks across a beach into the sea and is swept away, to a place of aquatic mystery and uncertain companionship. “It’s about returning to the unconscious realm and drifting underwater to meet with lost figures from the past and future”, says Anna. “It’s about magical transformation.” Underpinning Anna’s emphatic vocal, the trio meld the rhythmic pulse of Talking Heads and the dynamics of the Stooges, turning the song inside out on a chorus bursting with pop harmonics. All the while Anna liberally sprinkles those melodic guitar embellishments familiar to anyone who’s previously witnessed her playing. As an introduction to her solo material, it would be difficult to imagine a more complete statement of destined-for-success intent than the pulsing indie-rock of ‘Weightless’, produced by Anna and bassist Herman Stephens, and recorded at Cafe Music Studio in Bow, East London, by Mark Sutherland.