Dark Souls is an action role-playing video game set in an open world environment. It is developed and published for PlayStation 3 and Xbox 360 by From Software in Japan. It was published for PlayStation 3 and Xbox 360 by Namco Bandai Games internationally. Previously referred to as Project Dark, it is the spiritual successor to Demon’s Souls. It was released in Japan on September 22, 2011, on October 4 in North America, on October 6 in Australia and on October 7 in Europe of the same year. A PC version was released on August 24, 2012 which featured additional content and was labeled as the Prepare to Die edition. The additional content from the PC version was later released as downloadable content for both consoles in October 2012 labeled as the Artorias of the Abyss expansion. The game takes place in the kingdom of Lordran, where the player character is an undead chosen to make pilgrimage. Dark Souls has a minimalistic plot and much of it is interpreted by the player on their journey. The difficulty level of the game cannot be adjusted and penalties upon death reinforce careful decision making by the player. The world is filled with weapons, armor, and items to assist the player as they progress. The game has online features where players can summon each other for help in defeating foes, or invade each other’s world with the objective of killing each other. Dark Souls was well received by critics and is known for its considerable difficulty, which has prompted much interest and discussion. In April 2013, From Software announced Dark Souls had sold more than 2.3 million copies. The PC version was the second most played Games for Windows Live title in 2012 based on unique users. Dark Souls II was announced in December 2012. Wikipedia®. 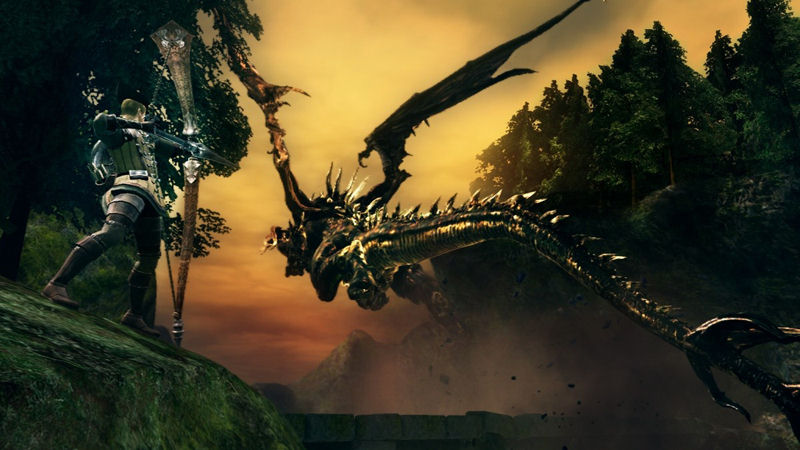