Command & Conquer 3: Kane’s Wrath is an expansion pack for the 2007 real-time strategy video game Command & Conquer 3: Tiberium Wars. Developed by Electronic Arts Los Angeles and BreakAway Games studios, it was released on March 24, 2008 in the United States and on March 28, 2008 in Europe by publisher Electronic Arts, and was also released on June 24 for the Xbox 360. Kane sends the player to Rio de Janerio to begin an uprising against GDI and a rebeller of the Brotherhood of Nod to see that the messiah has returned since his “apparent death” in 2031. Then, he sends the player to Australia where the player will deal encounters with a civil war, re-capturing stealth technology and destroying a Liquid Tiberium facility that caused world headlines to believe that an accident has happened. After quoting it as a grand gesture, Kane sends the player to Johannesburg in shutting down GDI’s Ion cannon control systems to begin the Third Tiberium War later on. With the Philadelphia knocked down after the destruction of GDI’s treasury, Kane sends the player to do the kidnapping of Alphonse Giraud along with the MARV knock-outs and leak information from Temple Prime. The player is sent to Central Africa to defeat a Scrin division there and steal the Tacitus from China. This becomes more frantic in the destruction of GDI’s bases and re-taking the Tacitus in Cheyenne Mountain and from Russia where GDI forces were decimated. This became known with the Scrin to launch a full invasion force on Earth like in Command & Conquer 3: Tiberium Wars. Wikipedia®. 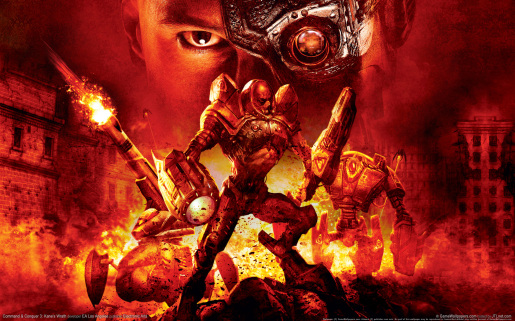