Sid Meier’s Civilization V: Gods and Kings is the first official expansion pack for the turn-based strategy video game Civilization V. It was released on June 19, 2012 in North America, and on June 22, 2012 in the rest of the world. It adds both religion and espionage mechanics to the game as well as reworking the combat and diplomacy features. It is available either in disc form or as download content via Steam. Gods & Kings includes 27 new units, 13 new buildings, nine new wonders, a few new eras, and nine new playable civilizations. A new religion mechanic featuring a “faith” resource allows players to found their own religion which they can grow into a “world-spanning fully customized religion.” Diplomacy has been reworked to include espionage, foreign embassies, and new types of city-states (religious and mercantile). City-states also feature a new quest system and strategic importance. Additionally, the combat system has been re-worked to include smarter AI, an expanded early modern era, and enhanced naval combat featuring Great Admiral and melee naval units. Gods & Kings adds an additional 52 Steam achievements to Civilization V. Wikipedia® 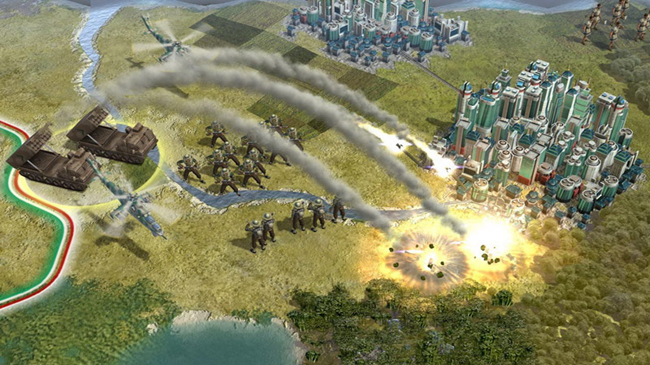