There Will Be Blood is a 2007 American drama film written, co-produced, and directed by Paul Thomas Anderson. The film is loosely based on Upton Sinclair’s 1927 novel Oil!. It tells the story of a gold miner-turned-oilman on a ruthless quest for wealth during Southern California’s oil boom of the late 19th and early 20th centuries. It stars Daniel Day-Lewis and Paul Dano.Wikipedia® 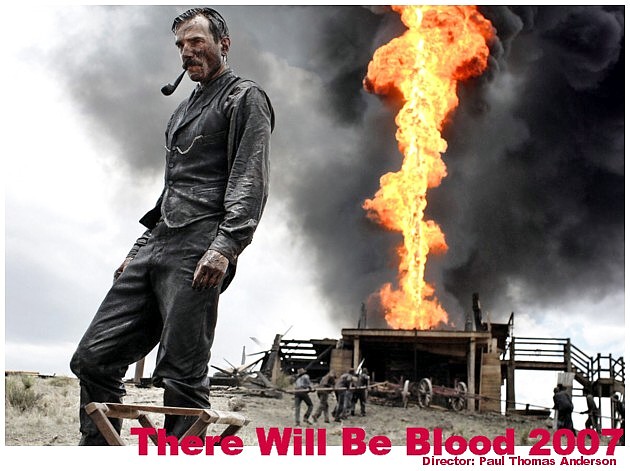 Plot: Year 1902. When Daniel Plainview gets a mysterious tip-off that there’s a little town out West where an ocean of oil is oozing out of the ground, he heads there with his son, H.W., to take their chances in dust-worn Little Boston. In this hardscrabble town, where the main excitement centers around the HOLY ROLLER church of charismatic preacher Eli Sunday, Plainview and H.W. make their lucky strike. But even as the well raises all of their fortunes, nothing will remain the same as conflicts escalate and every human value–love, hope, community, belief, ambition, and even the bond between father and son–is imperiled by corruption, deception, and the flow of oil.

There Will be Blood Movie Trailer