CastleStorm blends together Angry Birds with tower defense. You can play as either the Kingdom or the Norse against an AI opponent or people over Xbox Live and Local. The object of the game is to destroy your opponent’s castle or capture his flag using a variety of units, spells, and projectiles all of which have 10 upgrade levels. You can customize your castle with different rooms that dictate what passive bonuses and troops you have access to in game. The game has a campaign mode as well which slowly introduces players to the different units, spells, and projectiles and follows the story of Gareth as he tries to recapture the Kingdom’s stolen gem. 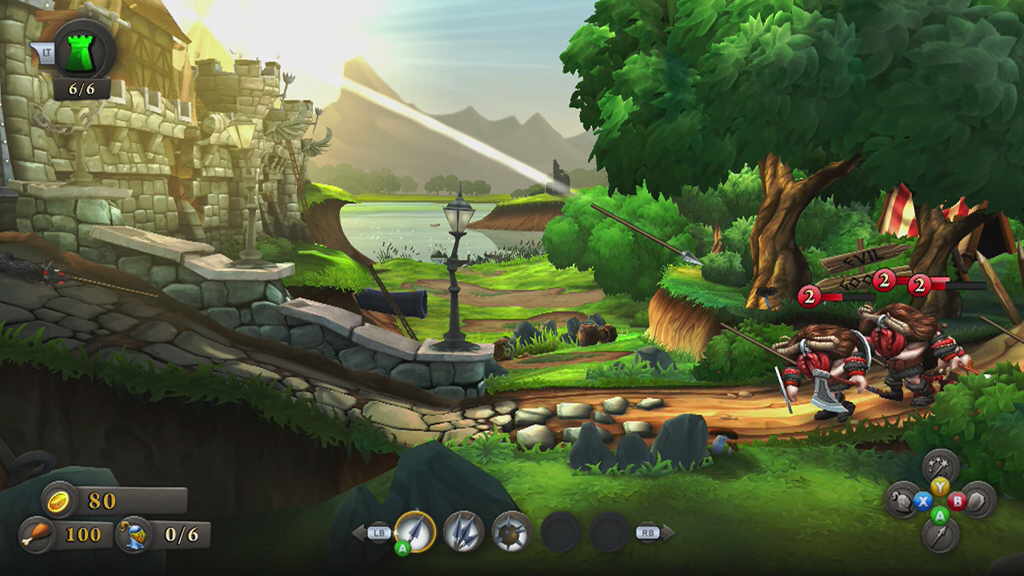 “Building castles and then knocking them down was fun as a kid, and it’s still fun now,” says Neil Sorens, Zen Studios’ creative director. He’s talking about the Pinball FX developer’s latest downloadable game, CastleStorm, which looks like a hybrid of tower defense, real-time strategy, and Angry Birds. Players choose between viking and knight factions, and then build their castle while defending against and attacking their foes. Catapults fire a variety of projectiles, including arrows and spiked balls, which are needed to battle approaching foes and batter down rival…