Call of Duty: WWII is a first-person shooter video game developed by Sledgehammer Games and published by Activision. It is the fourteenth primary installment in the Call of Duty series and was released worldwide on November 3, 2017 for Microsoft Windows and the PlayStation 4 and Xbox One consoles. It is the first title in the series to be set primarily during World War II since Call of Duty: World at War in 2008. The game is set in European theatre of the war, and is centered around a squad in the 1st Infantry Division, following their battles in the Western Front; the multiplayer expands to different fronts not seen in the campaign. Upon release, the game received positive reviews from critics, with many appreciating the return to the franchise’s World War II roots. 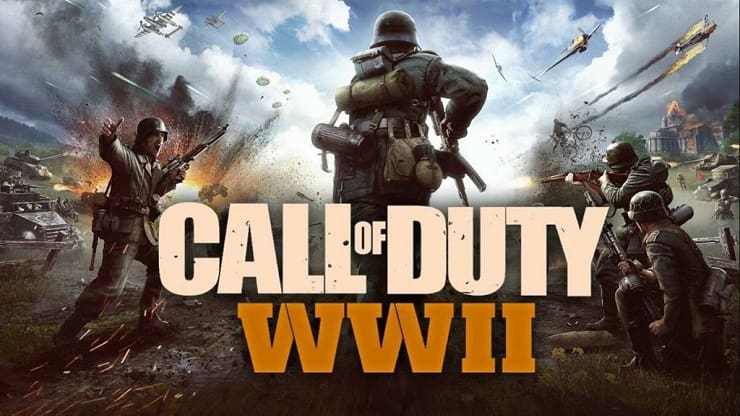 Call of Duty® returns to its roots with Call of Duty®: WWII a breath-taking experience that redefines World War II for a new gaming generation. Land in Normandy on D-Day and battle across Europe through iconic locations in history’s most monumental war. Experience classic Call of Duty combat, the bonds of camaraderie, and the unforgiving nature of war against a global power throwing the world into tyranny. Call of Duty®: WWII creates the definitive World War II next generation experience across three different game modes: Campaign, Multiplayer, and Co-Operative. Featuring stunning visuals, the Campaign transports players to the European theatre as they engage in an all-new Call of Duty® story set in iconic World War II battles. Multiplayer marks a return to original, boots-on-the ground Call of Duty gameplay. Authentic weapons and traditional run-and-gun action immerse you in a vast array of World War II-themed locations. The Co-Operative mode unleashes a new and original story in a standalone game experience full of unexpected, adrenaline-pumping moments.