.hack//G.U. Last Recode is a Microsoft Windows and PlayStation 4 remaster of .hack//G.U., a single-player action role-playing game series from the PlayStation 2, developed by CyberConnect2 and published by Bandai Namco Games. The remaster compiles elements from all three .hack//G.U. games: .hack//G.U. Vol. 1//Rebirth, .hack//G.U. Vol. 2//Reminisce Kimi Omou Koe, lit. “The Voice that Thinks of You”) and .hack//G.U. Vol. 3//Redemption. .hack//G.U. Last Recode will include a brand new volume .hack//G.U. Vol. 4//Reconnection that happens after the events of Vol 3//Redemption. As in the previous .hack games, .hack//G.U. simulates a massively multiplayer online role-playing game as the player controls a character who starts playing it. It has Dual Audio option with English and Japanese voice-overs along with English, French, and German subtitles. The story focuses on a player named Haseo who hunts a player nicknamed Tri-Edge who defeated his friend Shino and left her in a coma in real life. Haseo comes into contact with other players who know of Tri-Edge and wish to stop him. The reason for Shino and several other players falling into a coma is connected with AIDA, a mysterious computer anomaly that infects the characters. Wikipedia®. 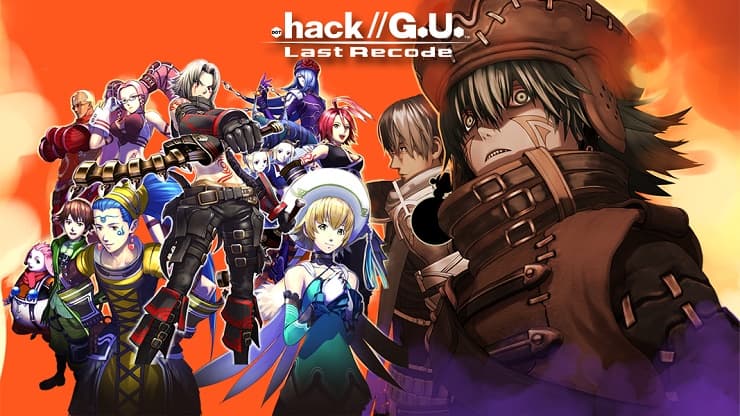 Log back into the .hack//G.U. trilogy and return to “The World,” as Haseo tracks down Tri-Edge in .hack//G.U. Last Recode, now with enhanced graphics, improved gameplay, and brand new modes! This collection includes all 3 original .hack//G.U. titles, Rebirth, Reminisce, and Redemption, all fully restored and remastered. As well as an all new exclusive 4th Volume: .hack//G.U. Reconnection. 15 years of .hack – Celebrate the 15th anniversary of the beloved global cross media franchise that first released in 2002. Fully restored – Graphically enhanced gameplay and cut scenes now in 1080p and 60fps. Improved system features – Enhanced battle balance and game pacing to provide an optimal experience for new and old fans alike.