C. SHIROCK is Chuck Shirock – founder, frontman and primary writer for internationally acclaimed band, SHIROCK. The new music from C. SHIROCK is an evolution and a distillation of his previous work, cutting to the core of his identity, with a power and clarity not heard before. Blending anthemic choruses, musical builds and releases with heartfelt and personal lyrics, the new music from C. SHIROCK delivers a vulnerability, urgency and an aching vocal that is uniquely his own. Driving rhythms and bass are anchors to the soaring melodies, layers of keyboards, and programming that call to mind the emotive, intelligent pop music of artists such as Peter Gabriel and David Bowie. 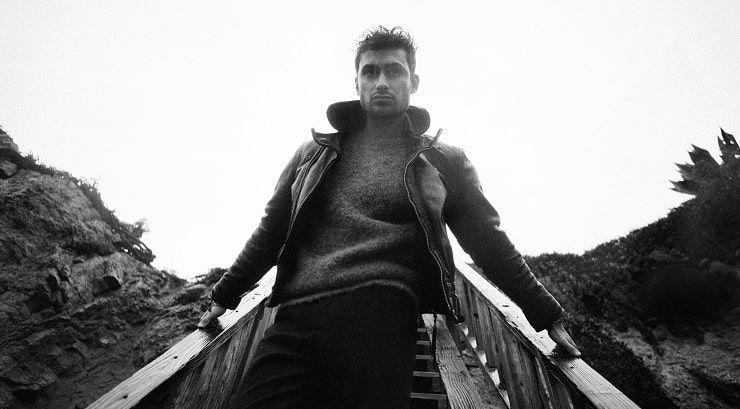 C. SHIROCK was born in the United States and has since lived in both the Philippines and Scotland, before relocating to Nashville, TN to further study music. Coming from a family of creatives and musicians, he grew up the oldest of four, playing piano, writing and composing from a very early age. His mother was a professional ballet dancer, his father an avid guitarist and his grandfather an accomplished jazz pianist.

The cultural influences of C. SHIROCK’s upbringing, both musically and melodically, can be heard in his latest releases. Seamlessly blending his refined melodic and pop sensibility with years of classical training and hints of Phil Collins, Prince, and The Cure, C. SHIROCK has established a defined and modern sound. After going through major life changes and transitions, C. SHIROCK decided it was time for a change of identity and took the leap from playing in his band SHIROCK, to going it alone. “I viewed it as a continuation or an evolution or sorts. It’s been incredibly freeing and liberating to chase whatever turns me on…to create without inhibition”, reveals the musician. Continuing to carve out his unique place with this new project, C. SHIROCK describes his songwriting as vulnerable and honest, “whether it’s capturing a feeling, or telling a specific story, it’s always based on my own life. If it doesn’t come out of my own emotional experience, it feels inauthentic and I don’t feel connected to it”.

C. Shirock: Stand With Me Tonight

C. SHIROCK has found success with his music featured in multiple TV networks including MTV, NBC and ABC, as well as working with brands such as American Eagle and Hollister. He has performed at major summer festivals in front of hundreds of thousands of people across the US and UK, alongside acts such as Twenty One Pilots, Cage The Elephant and Manchester Orchestra, to name a few. Outside of his music, the songwriter is also a professional model landing his face on campaigns across the globe. He has further involved himself in charity work, where he has partnered with various homeless and poverty-focused organizations. The new music from C. SHIROCK marks a new chapter for the prolific artist.

C. Shirock: Stand With Me Tonight Lyrics:
And all at once there was only you
Falling hearts under eyes of moonlight
How do I reconcile
The hope and the fear inside
Give me eyes and a heart to see
Will you stand with me tonight