Channelling equal parts raw attitude and slick pop professionalism,the latter thanks largely to their perfectly harmonising vocals, Ciircus Street have been uniquely described in the past as a mixture of ‘salt and honey’. The contrasts and compatibilities in their sound as they effortlessly weave from naked to polished, impassioned to reserved, showcase an exhilaratingly dynamic songwriting partnership. The Reading based duo, consisting of Sam Brett (vocals/guitar) and Jim Crowder (vocals/keyboard), was formed one night in Oxford after walking past the city’s ‘Circus Street’. Both agreed it would make a good band name, but it wasn’t until later that night when they attended a gig and knocked back a few drinks that the pair decided to form a duo. Ciircus Street’s second single ‘Lost’ has been streamed over 70,000 times on Spotify and they seek to capitalise on this success with their third single ‘Broken’. 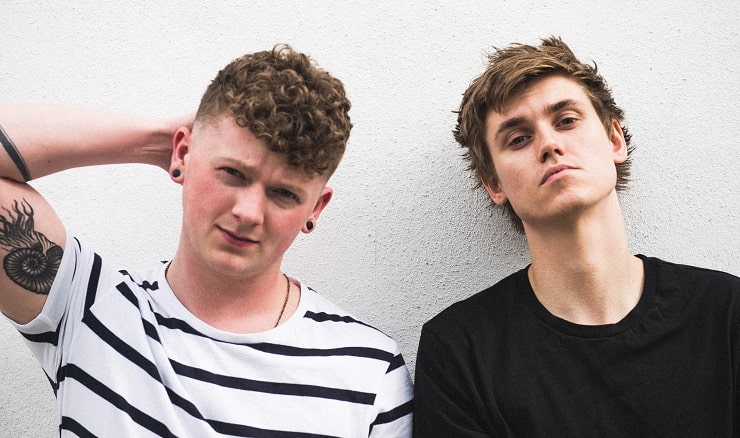 Exploring the period of extreme vulnerability following the end of a difficult and meaningful relationship, in ‘Broken’ Ciircus Street have crafted a heartbreak song that manages to be both edifying and life-affirming too. While plucking tenderly on all the fibres of a heartstring with its nostalgic harmonies and extraordinary melodies, ‘Broken’ doesn’t just focus on the painful visceral effects of break-ups, it’s also an acceptance of the situation and a sure-footed step towards recovery.

With choruses so addictive they stick with you long after the track has stopped playing, and impassioned vocal performances from both Sam and Jim, ‘Broken’ channels inspiration from Ciircus Street influences like Lewis Capaldi and Kodaline, while at the same time making something undeniably bold, vital, and spirited.