Just Cause 4 is an action-adventure game developed by Avalanche Studios and published by Square Enix. It is the fourth game in the Just Cause series and the sequel to 2015’s Just Cause 3 and was released for Microsoft Windows, PlayStation 4, and Xbox One on December 4, 2018. Just Cause 4 is a third-person action-adventure game set in an open world environment. The player assumes the role of series protagonist Rico Rodriguez. The game is set in a fictional South American country called Solís. Rico Rodriguez takes on the Black Hand, the world’s most powerful private army run by Gabriella Morales, a newly introduced character. The Black Hand served as a mercenary group to dictators Salvador Mendoza of Just Cause and Sebastiano Di Ravello in Just Cause 3. When Rico is shown evidence that his late father was working with The Black Hand, he plunges into the South American nation of Solís, the homeland of the Black Hand in search of answers. Wikipedia®. 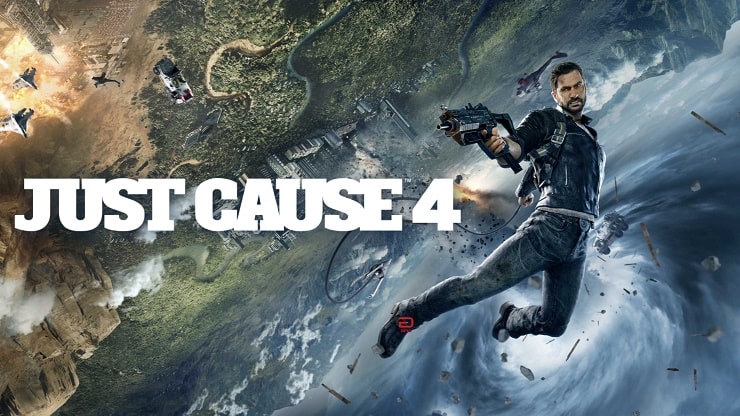 Creative Destruction at its Best. Enjoy 100 square kilometers of lush, exotic playground, from rainforest to desert, and across snowy mountain peaks. Discover a plethora of wonders as you explore the world of Solis from bustling cities to rural grasslands. Customize your new grapple hook with evolved and brand-new capabilities, allowing you to create your own personal stunts, destructive methods and overall play style. Experiment with a huge variety of new vehicles including military jets, helicopters, turbo-fueled sports cars, and construction vehicles.

Just Cause 4 Trainer (+16) Options:
Trainer for the game Shaban, you can use it to activate these essential Cheat Codes: Infinite Health, Infinite Ammo, No Reload, Rapid Fire, No Recoil, Infinite Vehicle Nitrous, Super Speed, Slow Motion, One Hit Kill. Note: This cheat tool is for the original version v1.0 of the game Just Cause 4.