Broods are Auckland brother and sister duo, Caleb and Georgia Nott. They played their first British dates in March with a sold-out show at London’s New Shapes night, followed by four support slots across the UK with HAIM. These dates were followed by a sell-out tour of the US. The new single follows quickly in the widespread support for the BROODS EP, and sees this hotly-tipped young band continue their collaborations with acclaimed producer Joel Little (Lorde). Vocalist Georgia Nott and her older multi-instrumentalist brother Caleb Nott are Broods, a cleverly and descriptively named electronic pop duo from Auckland, New Zealand. The Notts, who grew up surrounded by music, have played together since they were children. They were in the Peasants, a band that won a competition for intermediate (junior high) and high school musical acts in 2011. After the Peasants broke up, the siblings formed Broods and connected with producer Joel Little, who had served as a judge during the contest. In October 2013, months after Little gained recognition for his work with Auckland native Lorde, Broods uploaded “Bridges” to their Soundcloud page and subsequently signed major-label contracts for various territories. The following January, “Bridges” was released commercially and reached the Top Ten in New Zealand. A self-titled six-track EP co-written by the Notts and Little, and produced by Little, was issued at the end of the month. In New Zealand, the moody set debuted at number two, just beneath Lorde’s Pure Heroine. Released in the U.S. the following month — less than a week after Lorde’s “Royals” won a Grammy for Song of the Year — Broods debuted at number 164 on the Billboard 200.

This release allows Georgia’s immaculate vocals to really shine in all their angelic glory. She becomes immersed in the deep percussions that reinforce the track’s intense piano line, allowing nothing but devotion to flood from this flawless composition.

Broods – Four Walls Lyrics:
You walked in and said I’ve got some news
I didn’t say all I wanted to
You know I told you that I wasn’t scared but I lied
You told me baby, I only think of you
And I said all I’ve got is a bunch of sad stories
And I told them all before the night was through
And you cried, oh, but hear now
That I’m trying hard to make you love me but I don’t wanna try too hard
And I’m trying hard to make it lively but I’m here now

I wanna make you feel now how I feel when I’m, missing it to love songs
I wanna take you to the peak of everything, yet you are
You’re everything I need to night
And I’m trying hard to make you want me
But I don’t wanna try too hard
I was thinking you got by what you came for
But you’re here now

Falling at hand of the perfect man. 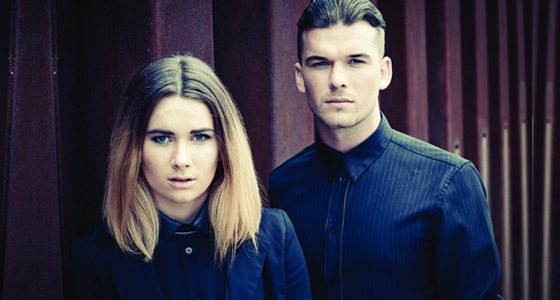