After a brief hiatus re-inventing their sound, changing their line-up and flexing their indie pop muscles, New Navy put themselves back on the colour spectrum with their highly anticipated new single, Heaven. Written at a lakeside cottage on the South Coast of NSW and recorded in Melbourne at Haxx Studios, Heaven is as its title suggests – dreamy, pop jams with an other-worldly bent. Think Whitest Boy Alive with the sun on his face, a token palm tree loitering in the backdrop and a pretty girl’s silhouette. The three-piece have come a long way since releasing their debut EP, ‘Uluwatu’ in 2011 through Future Classic. Their debut, Zimbabwe was Triple J’s 5th most played track of the year, reaching #67 in the iconic Triple J Hottest 100, and has since garnered over 1 million plays on Spotify. The outfit went on to share stages with the likes of Metronomy as well as playing a headline show to a sold out 1500 capacity Metro theatre. Speedily gaining international attention, the single was released on the French trend label Kitsune Maison’s compilation 12′ & generated radio rotation across Europe, the US and UK. With a rework from producer/all round whiz kid Flume, New Navy were fast-becoming the talk of the proverbial town. In a collaboration with Parisian fashion label Le Coq sportif, New Navy offered a unique cover of Telepopmusiks ‘Breathe’, which reached the top of the Hype Machine charts and saw them personally praised from the band themselves. It has since been released on Majestic Casuals Chapter 1 compilation alongside the likes of The XX, Toro y Moi & Friendly Fires. 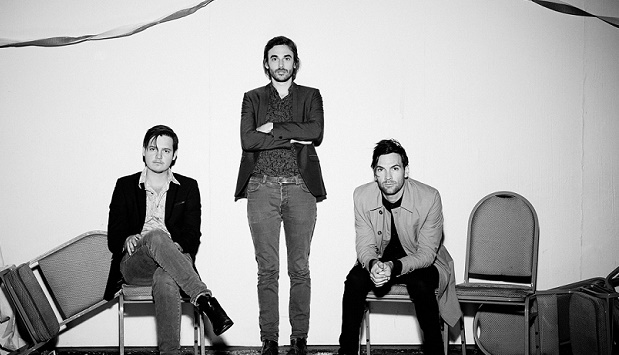