I Break Horses is a Swedish indie band composed of Maria Lindén and Fredrik Balck. The Guardian music critic Hermione Hoby described their music as “heady, sumptuously textured soundscapes”, while Pitchfork music critic Ian Cohen comments that they “immerse themselves in homemade shoegaze, the kind that’s made by computers for computers. It’s an approach and sound that’s crossed language barriers for the past 20 or so years as bands strive to approximate Loveless without the benefit of a label they can bankrupt in the process.” The group’s debut studio album Hearts was released on 22 August 2011 on Bella Union .[3] The album has garnered favorable reviews and the group has recently accompanied M83 on tour at select locations across America including 1 May at the Granada Theatre in Lawrence, KS; and 5 May at the Majestic Theatre in Detroit, MI. Wikipedia®.

‘Faith’ is the first track to come from that record, as sees the project noticeably shift its focus from wall of sound showgaze to dark dance music. 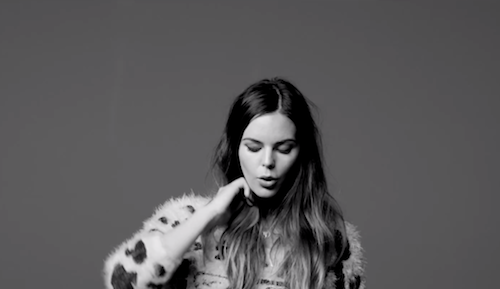