Batman: Arkham Origins Cheats Xbox 360 – Infinite XP and all upgrades
To get 120,000 XP in 15 minutes and be able to buy all upgrades at the beginning of the game, go to Burnley. Go to the indicated location on the rooftop, and let the enemy kill you so you are saved at this location. When you spawn after dying, use the grappling hook to go back to the rooftop, and silent takedown the first three enemies. Then, silent takedown the fourth enemy with a Knockout Smash (press X) to get a total of 8,000 XP. After getting the XP and the “Saving…” icon disappears at the bottom of the screen, pause the game and select “Restart” to start from the last checkpoint. Repeat this process as many times as desired. 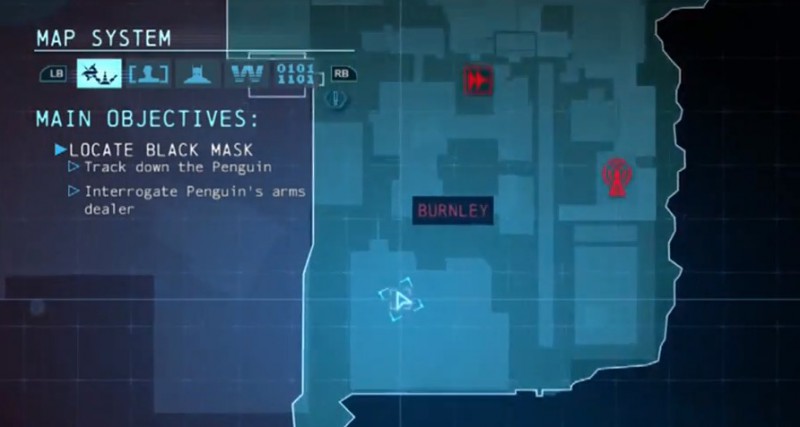 All Anarky Tag locations
Search the indicated locations to find all 24 Anarky Tags and get the “Voice Of The People” achievement. They also count towards the “First Riddler Trophy” achievement, which requires you to find all collectibles in the game. You can see which collectibles you have found by pressing Back and choosing “Database – Gotham Intel”. Unlike the rest of the collectibles, Anarky Tags are not marked on the in-game map. After locating one, you have to scan it with Batman’s detective vision. You will also get 5,000 XP for each Anarky Tag found.

Soon you’ll have whittled Deathstroke’s health all the way down and Batman will have saved the daynight once more! Congratulations!