Bianca Rose releases new single ‘Because Of Love’ featuring Ayanna Witter-Johnson. British/Jamaican/Nigerian singer-songwriter Bianca Rose has been writing and composing for the best part of a decade. In 2007 she self-released her debut EP ‘Truth and Tiny Tragedies’, and has continued to collaborate and write songs for other artists ever since. Accompanying
herself on guitar and ukulele, Bianca’s live shows have included sets for Sofar Sounds, Tigmus, London Jazz and the CrimeJazz Festival in the Netherlands with additional performances for Playstation, OH TV, & radio play on Radio 1 and 1Xtra. As lyricist in the Ready Riters songwriting collective, Bianca recently co-wrote X-Factor contestant Annastasia Baker’s debut album, resulting in Annastasia’s 2014 Mobo nomination. 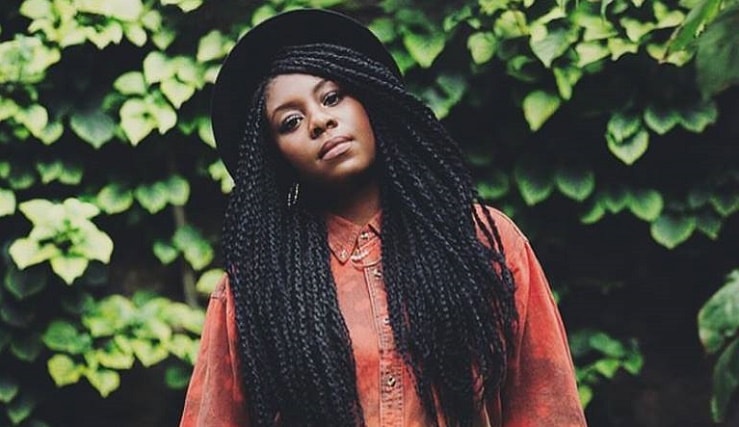 Bianca has decided that 2017 is the right time to focus on her own music again, and release some of the songs she’s written over the last few years. The second single taken from her highly anticipated debut album is entitled Because Of Love and features Mobo nominated singer/songwriter and cellist Ayanna Witter-Johnson. Bianca explains “Ayanna and I collaborated on every part of the creation of this song, from writing to recording, so it only made sense that the video was an extension of this partnership, whilst debunking the stereotype of competition between women. We believe there is a place for us all in this business so we actively make room for one another.” Her debut album No Fear Here was part-funded by the PRS for Music Foundation and produced by critically acclaimed jazz musician and producer Femi Temowo, (George Benson, Andrea Bocelli, Amy Winehouse, The Roots, ESKA & Soweto Kinch).

No Fear Here is an expansive interpretation of the singer songwriter genre, fusing Bianca’s folk/gospel sensibilities with both Bianca and Femi’s African diasporic perspectives. Bianca adds “These songs are snippets of the lessons I’ve learned and am still learning. Some people believe that fear is something we should live with, or that we should use it as motivation to achieve our goals. From my experience, I believe it’s something to be conquered and routed out of every area of our lives. I try to live on a daily mission to seek and destroy all traces of fear and oppression in my life. It’s the only way that’s worked for me.” Because of Love is now available on all streaming platforms and No Fear Here is set to release on January 30th.