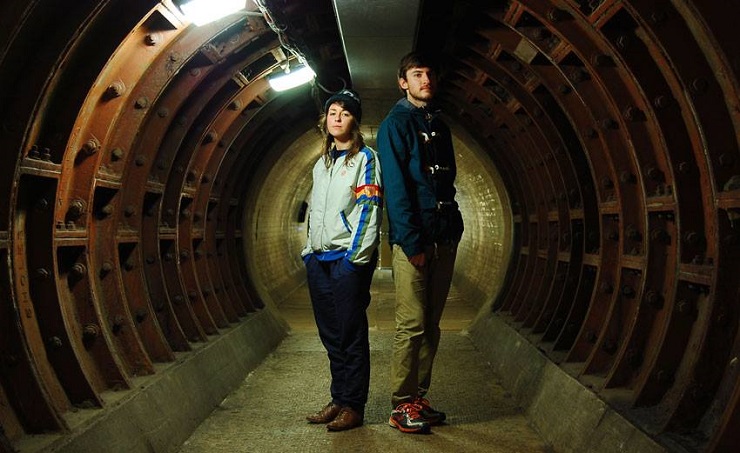 Treasureseason, currently the duo of David Powell and Jess Bartlet, began in San Francisco’s Sunset District, where Powell met and recorded the project’s debut self-titled EP with Swedish musician Ida Olsson in 2012. Structured as chillwave built into saturated soundscapes, their music stood out with a combination of lo-fi resampling and the palpable influence of catchy 80s film soundtracks.
After successfully touring the UK, the duo recorded a well received follow-up EP, Bearing, North, which has since received extensive blog coverage and subsequent airtime on Amazing Radio, BBC Radio 1, BBC Introducing, and many more small indie radio shows across the globe. Replacing Olsson as Powell’s partner in the project, is writer and performer Jess Bartlet, from Cambridge, while Olsson will remain in her native Sweden. by davehockey