Battlefield 1 is an first-person shooter video game developed by EA DICE and published by Electronic Arts. Despite its name, it is the fifteenth installment in the Battlefield franchise, the first main entry in the series since Battlefield 4 (2013), and the first World War I video game published by Electronic Arts since Wings of Glory in 1994. Similar to previous entries in the series, Battlefield 1 is a first-person shooter that emphasizes teamwork. The game is set in the period of World War I, and is inspired by historic events. Players can make use of World War I weapons, including bolt-action rifles, automatic and semi-automatic rifles, artillery, flamethrowers, and mustard gas to combat opponents. Melee combat was reworked, with DICE introducing new melee weapons such as sabres, trench clubs, and shovels into the game. These melee weapons were divided into two groups: heavy and light. Players can also take control of various armored vehicles, including light and heavy tanks, armored trucks, biplane aircraft, battleships and zeppelin, as well as ride horses into battle. Destructible environments and weapon customization, features present in the previous games, return in Battlefield 1 and will be more dynamic. 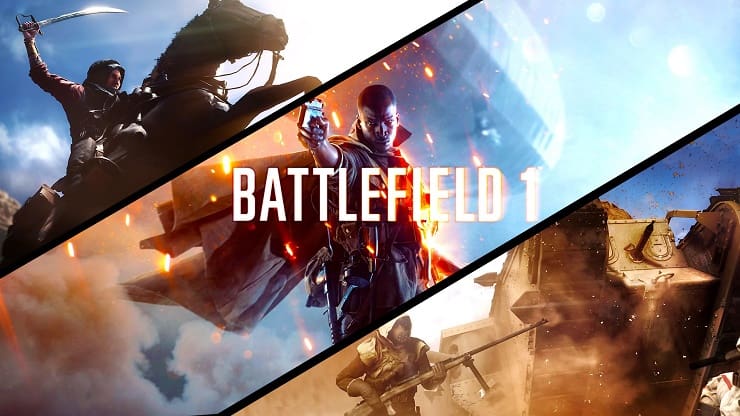 Experience the dawn of all-out war in Battlefield™ 1. Fight your way through epic battles ranging from tight urban combat in a besieged French city to the heavily defended mountain forts in the Italian Alps or frantic combats in the deserts of Arabia. Discover a new world at war through an adventure-filled campaign, or join in epic multiplayer battles with up to 64 players, and adapt your tactics to the earth-shattering environments and destruction. Fight as infantry or take control of amazing vehicles on land, air and sea, from the tanks and bikes on the ground, to biplanes and gigantic battleships, and adapt your gameplay to the most dynamic battles in Battlefield’s history.