Marco Cinelli picked up the guitar at age 11 and now stands on the shoulders of Hendrix, Jeff Beck and BB King. In equal part passionate singer and elegant composer, he’s become a consummate [urban soul/pop] singer-songwriter. Born in Latina, Italy and following a stint at the Saint Louis College of Music in Rome, he moved to Amsterdam with his band, Growlin’ Love & Pain, where he produced and released the albums “Slightly Tasteful” (2008) and “Breeze” (2011). Two years later, he came to Paris, where he independently composed and produced the stunning and personal EP, “Parallel Postulate”, released 2013. Currently, in addition to continual performing and touring, Marco Cinelli is composing for his new EP, soon out. 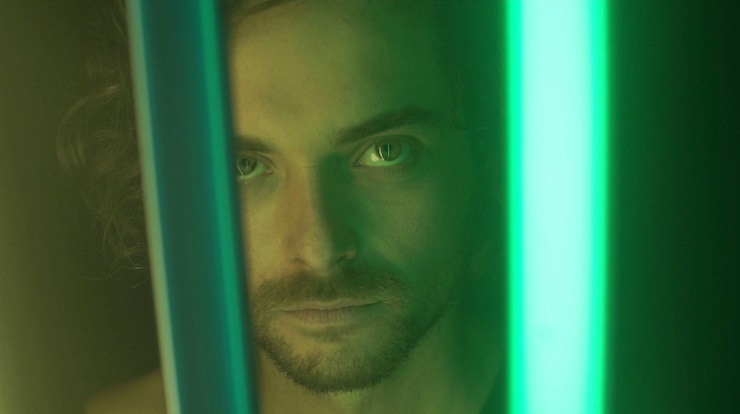 You Watched Me Movin’” is a funk-laden mover with a full-bodied sound, featuring a devastating hook/chorus that swells with gradual strings as charismatic vocals plead lines like “you watch me dyin’”, “you got me crawlin’” and other yearnings. The track’s creator, Marco Cinelli, has written for a variety of musicians throughout Europe, working with acts from Spain, Holland, Germany, France, Italy, and the US on production and songwriting. Cinelli was born in Italy and presently is based out of Paris, singing in English with a catchy guitar-led style that shows plenty of soul and funk as well throughout “You Watched Me Movin’”. It’s a polished effort, and one that shows the easily accessible songwriting smarts of Cinelli well.

Watch Me Movin’ is a collection of singles where Marco Cinelli takes on an electro pop-rock sound. The collection has a multitude of influences but is unique in composition and lyrics. Marco attributes the success of the album to the dedication of his team and fans. All of the songs are co-written, co-produced, co-published, and the project was funded by fans via crowdfunding on European Kiss Kiss Bank Bank in merely 4 days. The whole of the songs focus on love brought out through different forms: an erotic experience (Kill You), a struggling couple (Ride on, You Watch Me Movin’, and Ruthless Game). Oh Oh is the only song with a more generic focus, not referring to any one biographical experience specifically, but focusing on a “seize-the-moment” approach to life. The final selection of the songs were produced by Antoine Blanc (Balablan), who together with Marco, shaped the final record with masters completed by Tom Coyne from the Sterling Studio in New York City. Most of the tracks were recorded in Berlin, Germany featuring Marco Cinelli on guitar and keys, Alessandro Cinelli (The Second Sons, Dana Gillespie) on drums and Xavier Zolli (Aloe Blacc, Gaelle Buswel) on bass.

Marco Cinelli: You Watched Me Movin’

The Single: You Watch Me Movin’ is an evolutional song, during which the conditions of the teller shift from a good point to a worse one, referring to the multiple facets of an intense love relationship, that, in order to be kept alive and going, it needs at least one of the two to make a change. The word “movin’” has two meanings: either referring to the motion of the body as in an act of dance, but also, and more semantically pertinent, the shifting from a sentimental condition to an other. The sound is a mix between classic rock such as The Rolling Stones or more generally British rock alongside with some 70’s dance hooks found in music today with the 70’s revival wave.