Assassin’s Creed Chronicles is a series of video games in the Assassin’s Creed franchise. The series consists of three games in development by Climax Studios, to be published by Ubisoft. The games feature new protagonists and a design that is new to the franchise, a 2.5D world inspired by traditional brush paintings. The first entry is Assassin’s Creed Chronicles: China released on April 21, 2015, on Microsoft Windows, PlayStation 4 and Xbox One. The second entry, India, was released on January 12th, 2016 on the same platforms. The last game, Russia, was released on February 9, 2016. Join Nikolaï Orelov in his search for redemption as you journey through an iconic, propaganda art style Russia in 2.5D gameplay. Dive into the middle of a major historical event served by iconic propaganda art style and its revolutionary symbolism. Jump on the famous trans-Siberian train, infiltrate the Kremlin and escape from Moscow! Experience the thrill of being a stealthy Assassin in a modern setting. Explore a new contemporary setting in the 20th century and its modern stealth systems, such as elevators, radios & trip wires. Interact with new vehicles like trucks, trains & tanks. Switch between two playable characters. Embody Nikolaï, snipe targets with his silenced rifle, detonate mines from a distance or get up close with its bayonet. Discover Nikolaï’s Mechanical Winch, a versatile tool that sends electric shocks. Play Anastasia, infiltrate narrow channels and discover her exclusive Helix Blade. 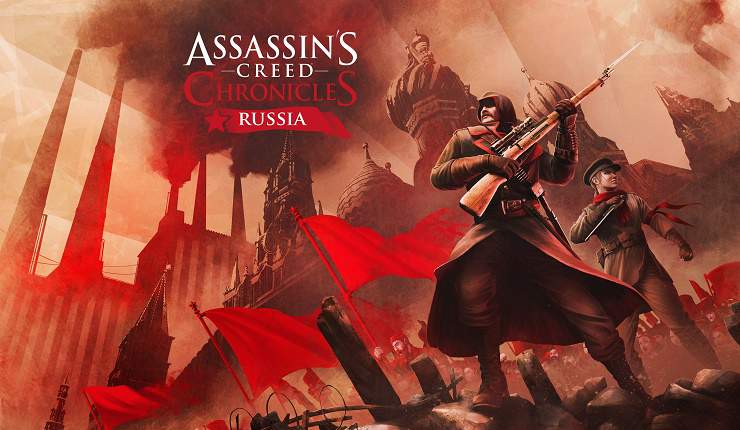