Asia Shabazz was born on February 10, in Los Angeles, CA. Her mother is of Filipino ancestry, and her father is of African-American descent. Since Asia was born into the 90s, her music inspirations come from that music era. Before falling in love with singing, Asia was raised a dancer. As a kid, she was heavily influenced by Janet Jackson, and watched her closely. Everything about Janet was embraced: music, dance skills, and stage presence. Asia says, “Watching her as a kid, I knew all I wanted to do was perform.” Asia began acting and on television by the age of 9 years old. By the time she was 15, she appeared in Nike print ads. She also booked campaigns with Finish Line, Nintendo DS, Adidas, and Skechers. Asia pursued her career in dance and landed some big gigs for artists such as, Lil Romeo, Avril Levine, and Leona Lewis. 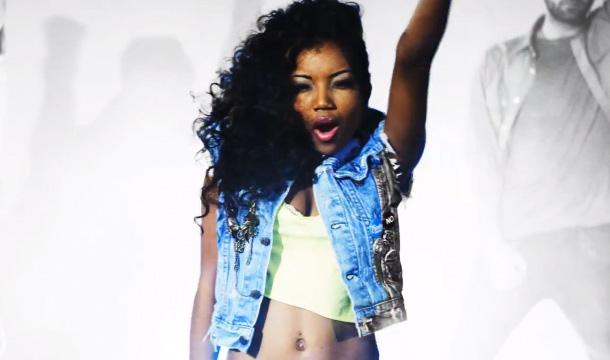 In the years of 2008-2011, Asia Shabazz invested her art into music and joined a girl-group formed by Danny Carter, Deforest “DJ” Taylor, and managed by Earl Johnson. The group’s name was evolved to be called, “HerStory,” and the slogan, “Every Girl Has a Story” later became the title of the group’s debut EP, which was released in January 2011 by Artist Link Entertainment. After breaking up a few months after the HerStory debut release, Asia decided to still pursue her singing career and move forward as a solo artist. Asia is now doing local shows and performing with the School Tour to gain regional buzz in addition to recording new music for her solo debut EP, “Lessons In Love.” The EP is set to drop the end of 2013. The new album is described as a fusion of R&B with a Pop undertone that audiences are sure to love and appreciate. Asia plans to bring her passion for dance and performing and love for music to life, and fulfill her goal of being the ultimate entertainer.