Inversion Trainer. Inversion is a third-person shooter video game developed by Saber Interactive and published by Namco Bandai Games for Microsoft Windows,[2] PlayStation 3 and Xbox 360. It was released on June 5, 2012 in North America, July 12, 2012 in Australia and on July 13, 2012 in Europe for PlayStation 3 and Xbox 360. It was later released for Microsoft Windows on June 8, 2012 in Europe, July 12, 2012 in Australia and July 26, 2012 in North America. It features gravity manipulation and destructible environments. Set in the near future city called, Vanguard City, you control the character Davis Russel. The tranquil peace enjoyed by mankind shatters with an unforeseen invasion by an unknown enemy called the Lutadore. Armed to the teeth with advanced gravity-controlling weapons, the Lutadore easily overrun the city’s defenses. Unbeknownst to all, mysterious anomalies have surfaced in conjunction with the invasion. Random regions in the city have entered zero gravity or have suffered vector changes, throwing the world into topsy-turvy chaos. Assuming the role of Davis Russel, a hotheaded 28-year-old cop, or Leo Delgado, Davis’ partner, players will embark on a journey through the war ravaged gravity twisted disorienting streets of their home town and beyond, to find Davis’ missing child. Wikipedia®. 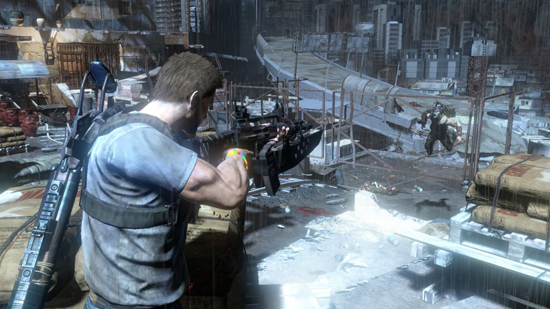 Inversion Trainer (+8) Options:
Trainer for the shooter game Inversion, you can use it to activate these essential cheat Codes: Super Health, Infinite Gravity, Infinite Ammo/Grenades, No Reload, Super Speed/Sprint, Slowmotion Enemies, Freeze Enemies, Teleporter. Note: This cheat tool is for the original version v1.1.0 of the game Inversion.