As a man or woman stranded naked, freezing and starving on the shores of a mysterious island called ARK, you must hunt, harvest resources, craft items, grow crops, research technologies, and build shelters to withstand the elements. Use your cunning and resources to kill or tame the leviathan dinosaurs and other primeval creatures roaming the land, and team up with or prey on hundreds of other players to survive, dominate… and escape! Ark: Survival Evolved is an action-adventure survival video game developed and published by Studio Wildcard. It is scheduled to release in June 2016 for Linux, Microsoft Windows, OS X, PlayStation 4 and Xbox One; the game’s early access began on June 2, 2015. 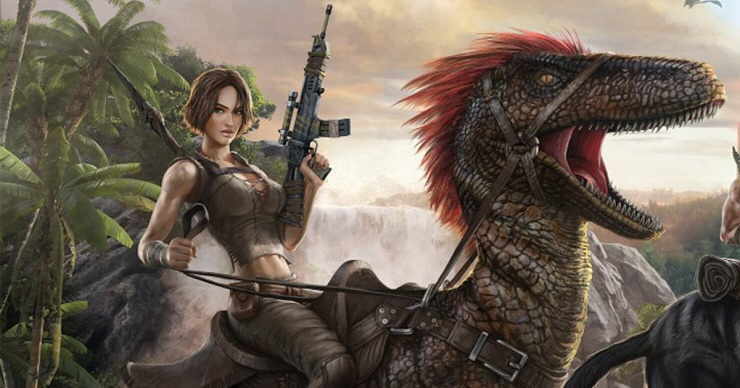 In the game, players must survive in a world filled with roaming dinosaurs. The game is played from either a third-person or first-person view and its world is navigated on foot or by riding a dinosaur. Players use firearms and improvised weapons to defend against hostile humans and creatures, with the ability to build bases as defense. Players can also customize weapons using items scavenged from the environment. The game has both single-player and multiplayer options, with the latter allowing players to engage in simultaneous gameplay.