A New York City-based duo with a simultaneously left-of-center and slightly retro spin on R&B, Lion Babe consists of vocalist Jillian Hervey and producer Lucas Goodman. The two met at a party, when Hervey, the daughter of Vanessa Williams, overheard tracks Goodman, aka Astro Raw, had created and struck up a conversation with him. The first song they made together, “Treat Me Like Fire,” was uploaded to Soundcloud in November 2012, and they were subsequently snapped up by Polydor (in the U.K.) and Interscope (in the U.S.). 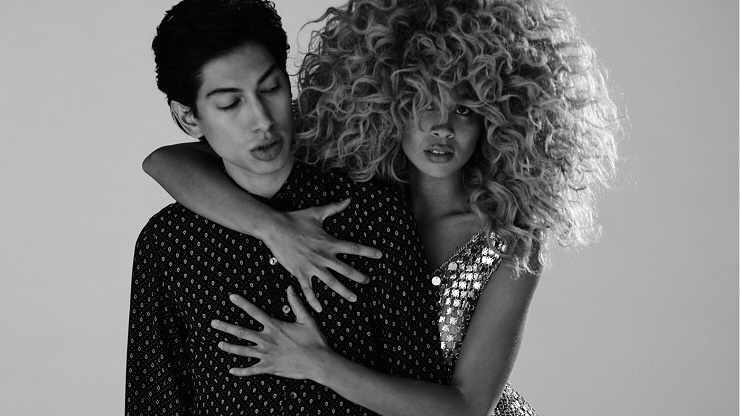 Lion Babe resurfaced in December 2014 with a self-titled four-track EP that featured “Treat Me Like Fire,” as well as “Jump Hi,” a strutting number on which Childish Gambino made an appearance. An album with production input from Pharrell Williams and Dave Sitek, among others, was expected in 2015

Lion Babe (Jillian Hervey and Lucas Goodman) has been hitting the ground running ever since the release of their ‘Jump Hi’ with Childish Gambino. Next up though is the New York duo’s music video for their self-titled EP’s track, ‘Don’t Break My Heart’. Jillian dances seductively in this Lucas McGowan-directed video-

Will you come and safe me?
Wanna be your lady
Give me love, amaze me
Baby, I feel, Kiss you in the evening
Hug you in the morning
Have you thinking god damn
We’re out of control

What I feel won’t go away
So you better be here to stay
I want to fall this heart as bricks
So don’t pull tricks on me
When I get down
You breaks me inside, Be mine..

A baby, A baby baby
Ey baby boy, You drive me crazy out of my head
I can’t just be your friend
So I have to make you understand
What I want from you. What I need from you
What is gonna be. What you want from me, Okay?