Andy Allo – Tongue Tied. Every so often, an artist comes along who is indefinable -an artist who is truly paving her own way with bits of music, sound, vibes and words that speak to her on a deeper level. Such an artist isn’t bound by genre and is intent on creating a unique musical expression of herself. Cameroonian singer/songwriter/guitarist Andy Allo is that artist. Andy’s new solo sophomore album, Superconductor, has people calling her a refreshing songbird with a bright funk soul. She joined Prince’s New Power Generation band in 2011 as singer/guitarist, and co-wrote three of the album’s nine tracks with Prince. Andy wrote the remaining six songs on the record and enlisted the help of some legends to make her sound complete: legendary saxophonist Maceo Parker and Trombone Shorty. She recently completed a string of sold out tour dates in Europe and is embarking on her third album. She continues to make waves as an independent artist. “I feel like this is just the beginning of my story,” she says. “There’s a lot I want to share with the world.” 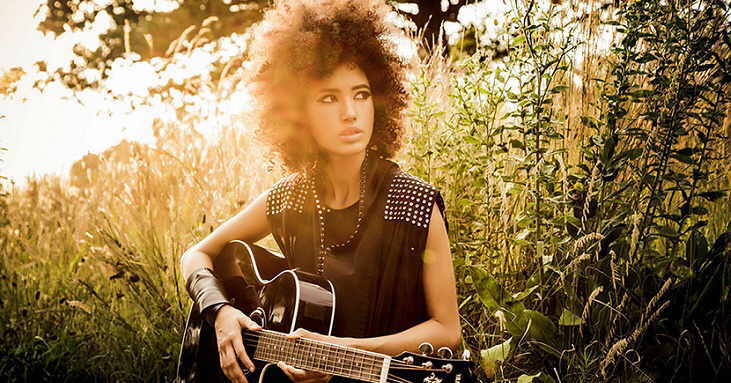 The 25 year old guitarist was catapulted into the fore front of the Music industry playing in legend Prince’s New Power Generation, she has since gone on to release the brilliant ‘Superconductor‘ and is all set to to drop her third studio album later this year.