“Somewhere along the long and winding road that is musical history, tucked in between Beethoven and Bob Dylan’s back pages, a whole lot of people decided they had a preference for tightly coiled metal strings being distorted by a humbucker over the top of a driving snare drum like gunfire during sex. And from this predilection came rock music. But not just any kind of rock music – the kind where blues drips from grit-stained fingers, the kind where dancing comes with screaming and the kind you wouldn’t let your daughter near for all the whiskey in the world. Before they got their shit together and started making exactly that kind of music, the majority of White Summer were hanging out in the picturesque coastal hinterland of Phillip Island in Victoria (a place that’s tourism website includes amongst its star attractions: a cooking school, a maze and a “venison and cuckoo clock farm”). Lead vocalist and drummer Jimmy Stanfield and guitarist Michael Barnsley then took on the city-slicking bassist Anthony Zielke to become that most prized and valued of things: an exciting new rock band.”

White Summer – Head In the Sand 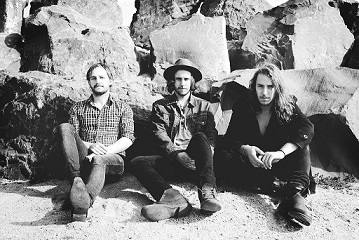