This album is fresh and spirited, sassy, and funny at times. Says Vivian Green of Vivid, her fifth studio album set to release in 2015 under Producer/Artist Kwame Holland’s label: MakeNoise/Caroline. ’It’s different from my other albums because of the energy; but very much still me.’ The title is certainly fitting. Green’s prior work established her as a balladeer and this album will add to that; proving her ability to deliver feel-good upbeat records. Totally produced by Kwame, (Mary J Blige,Christina Aguilera, Keyshia Cole, Fantasia) it is the first of Green’s to entice you to dance; colored with ballads that showcase her effortless vocal prowess. The stand-out first single ‘Get Right Back To My Baby’ features a sample from Maze ft. Frankie Beverly’s classic ‘Before I Let Go’. It has a current bounce that makes you want to move. Green’s voice is powerful, alluring, and beams over the track. 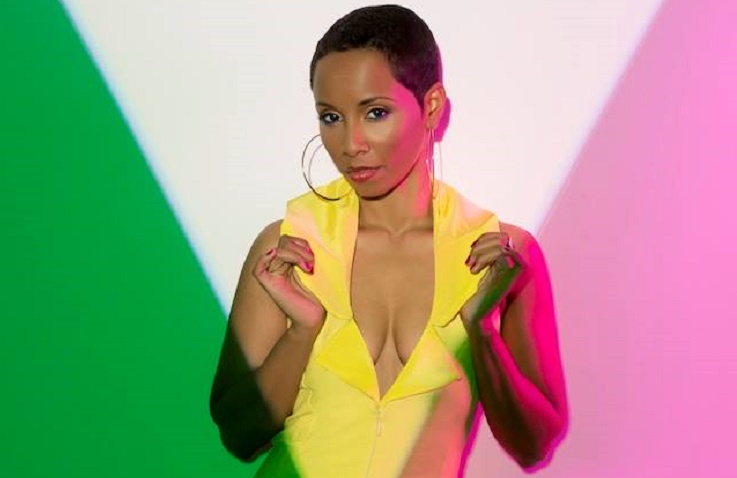 Green has never followed trends, so don’t expect to hear her trying to mimic any. The music is hers and it’s the kind of record you want to take with you on a road trip, to the gym, and to the office. ‘Vivid gives the audience the fun, bubbly, and vibrant side of Vivian,’ says Kwame, ‘A side that her family and circle of friends know well, but the listener rarely gets to witness.’ Vivid is undoubtedly full of zeal. ’Broken’ gives a strong adult approach to loves disappointments, while ‘Work’ expresses energetic desire. ‘123’ urges lovers to always keep something for themselves, and ‘I am Blessed’ inspires gratefulness. Born in Philadelphia Vivian Green was raised in a home where Motown classics were always blaring. Her parents were avid music lovers with talents of their own. Her mother sang and her father, an engineer, played the trumpet. She began singing at age five, started playing piano by eight, and by eleven began writing songs. She knew by age thirteen, that she wanted to sing professionally. She honed her craft at the piano everyday after school, writing mature love songs far beyond her years. At fifteen she began to record at multi-platinum group Boyz II Men’s studio. This gave Green a taste of life as an artist and led to an opportunity to write with the band. At seventeen she received her first professional songwriting credit co-writing the song ‘Dear God’ on their platinum selling album Evolution. Green was also offered a recording contract from Ruffhouse Columbia, but her protective parents felt she wasn’t ready.

Determined to be a recording artist, Green continued to record relentlessly. Her mature, sultry voice and knowledge of material allowed her to sing in some of Philadelphia’s premiere jazz clubs despite her age. She also obtained a job singing with two of the top party orchestras in Philadelphia. Additionally, Green sang background for renown soul singer/actress Jill Scott. Green teamed up with Grammy nominated singer/songwriter Eric Roberson to create the demo that would win her a deal with Sony Music. The demo contained her first smash hit ‘Emotional Roller Coaster’. Her debut album A Love Story released in 2002 and was certified Gold. It received rave reviews from People, Billboard, Rolling Stone, and USA Today to name a few. Her second album Vivian released in 2005 and produced ‘Gotta Go Gotta Leave’ a no.1 AC/Dance hit. The New York times called the album a ‘stellar sophomore performance’. Vivian has several notable features and collaborations. She made her film debut in the Oscar nominated biopic De Lovely portraying a jazz singer performing the classic ‘Love For Sale’. She also appeared in the TV Series American Dreams, portraying Brenda Hollaway singing âEvery Little Bit Hurtsâ. Green wrote the songs for playwright/film-maker David. E. Talbertâs stage play Love in the Nick of Thyme. She is featured on Cyndi Lauper’s album The Body Acoustic and the late Guru’s Jazzmatazz 4. She was also featured on Soundtrack to a Revolution, a compilation of spiritual songs featuring artist like Anthony Hamilton, John Legend, The Roots, and Mary Mary. Most recently she collaborated with jazz pianist Brian Culbertson for his album Dreams and produced the top 10 AC hit ‘Still Here’. The song also appeared on Vivian’s 4th album The Green Room. 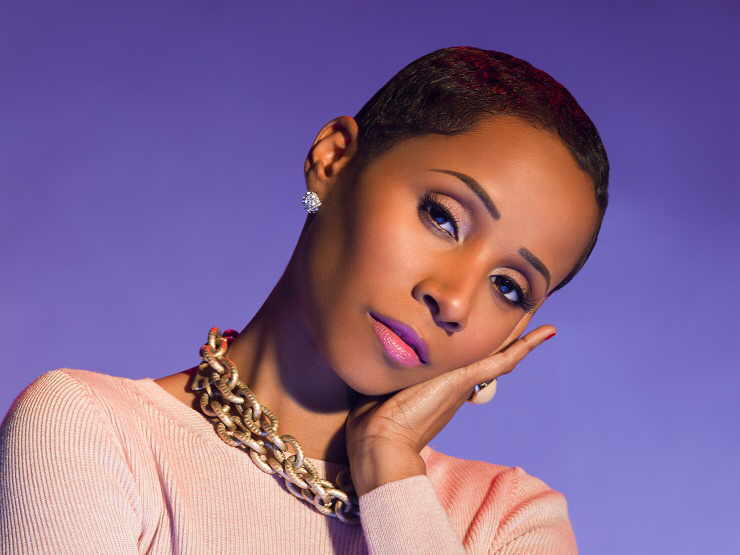 In 2004 she gave birth to her son Jordan who was born with an undiagnosed syndrome. Between 2005 and 2010, Jordan’s multiple surgeries and health issues demanded her to take a hiatus from releasing albums, but her strength and resilience always pushed her to continue doing what she loves. ‘Being Jordan’s mom is my life and I wouldn’t have it any other way’, says Green. Green is an advocate for children with special needs and will push her #IamDifferentIamHuman PSA campaign with the release of Vivid. ‘It’s something I’ve been pregnant with for quite some time’ says Green. In the ever-changing music business Green has stayed afloat delivering classy, heartfelt, and often therapeutic music for her fans. Vivid will assuredly continue her legacy in music. ’Some fans want me to deliver brokenhearted music, and perhaps I will in the future if I’m in that space,’ says Green. ‘What I can and will always do is produce music that is from my heart. I think that’s the essence of soul music anyway. Vivid definitely won’t be getting you down. If anything, it’ll make you get up.’