Uni Form started in 2006, in Lisbon, by David Francisco (bass) and his brother Nuno (drums). Later on they met Billy, which immediately became the lead singer and guitar player. The band is built on an inheritance from a group of bands, mainly from the 80’s, on the indie/post-punk/post-rock scene, like The Cure, Bauhaus, Joy Division, Depeche Mode or Pixies. Uni_Form sound is based in the contrast of dark atmospheres with light, strong and rhythmic ambients, allowing you to travel in an emotional sea, sometimes stormy and sometimes calm. 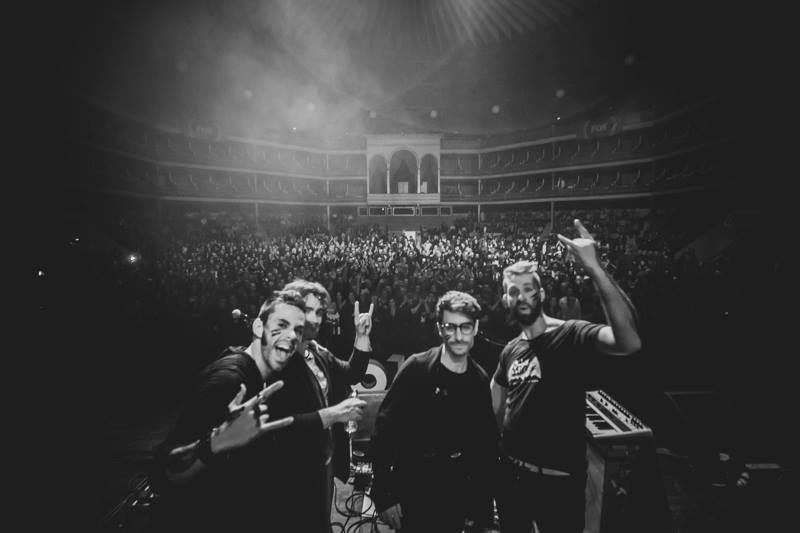 During the years, the band had some modifications on their structure, but in 2011 they found their final formation with Miguel Moreira on the guitar and synths. After the release of the EP’s “Uni_Form” (2008) and “Winter Blue” (2011), the debut album “Mirrors” (2010) and “Mirrors Remixed”, the band records their second album “1984”, inspired by George Orwell’s book, as a reaction on the lack of freedom of speech and some control mechanisms. “1984” its now distributed across Europe. Uni_Form’s work has been presented several times on national and international stages, such as opening She Wants Revenge concerts in Lisbon and Oporto, the main stage of Razzmatazz (Barcelona), the Wave Ghotic Treffen Festival (Germany), Elche Music Festival (Spain), Indie 2+2 Festival (Mallorca, Spain), amongst others.