Two Point Hospital is a business simulation game developed by Two Point Studios and published by Sega. It was released on 30 August 2018 for Linux, MacOS, Microsoft Windows. Developed as a spiritual successor to Bullfrog Productions’ 1997 game, Theme Hospital, Two Point Hospital has players design and operate a privately owned hospital with the goal of curing patients of fictitious comical ailments. The game is designed and developed by some of the original creators of Theme Hospital including Mark Webley and Gary Carr. Like Theme Hospital, Two Point Hospital puts players in the role of a hospital manager charged with constructing a hospital for curing various comical illnesses. Illnesses include “Light-Headedness” (having a light bulb for a head), “Pandemic” (having a pan on one’s head), “Mock Star syndrome”, and “Cubism”. Two Point Hospital adds elements such as hospital locations, staff personalities and specialisations, to those established in Theme Hospital and the need for items such as arcade and vending machines and air conditioning. Wikipedia® 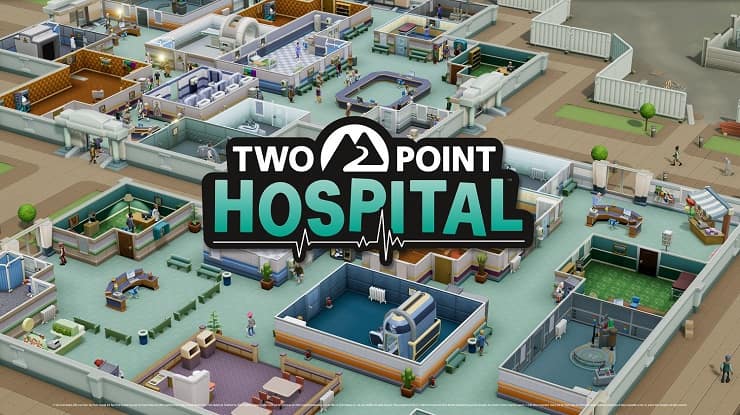 Build up a hospital from nothing to a masterpiece as you design the most beautiful – or functional – healthcare operation in the whole of Two Point County. Optimise your hospital design to increase patient (and cash) flow, arranging corridors, rooms and waiting areas to your exact specifications. Expand your hospital to multiple buildings as you look to get as many patients through the door as possible. Place decorative and functional items around your hospital to improve its prestige, lower patient boredom, increase happiness and keep those end of year awards flowing in. Don’t expect Two Point County to be populated with your usual types of patients. In this world, you’ll experience all kinds of unusual illnesses; from Light-headedness to Cubism – each requiring their very own special type of treatment machine. Diagnose illnesses, build the right rooms to handle them, hire the right staff, and then get ready, because curing just one of these illnesses is just the beginning. You can handle a single patient – but can you handle a Pandemic? Once you’ve conquered an illness, research improved cures and machines and turn your hospital into an unstoppable healthcare juggernaut.