Skip to content
Home » Music » Hero Fisher: If I Die and Nothing Happens

British-born, French-raised and London-based, Hero Fisher is returning to release her sophomore LP Glue Moon. Hero’s career has so far seen her collaborate with Alison Mosshart and Boy George in the Mark Ronson-scored ballet Carbon Life, open for The Rolling Stones and Neil Young at Hyde Park, and get shortlisted for the 2014 Glastonbury Emerging Talent Prize. In 2015 she released her debut album, the critically-appraised Delivery which won her fans in The Horrors and Blur. By turns a blistering rock and roller in the vein of Patti Smith and PJ Harvey, and an experimental folk storyteller à la Jeff Buckley, Hero Fisher resists easy generic categorisation with her protean and cinematic musical storytelling. 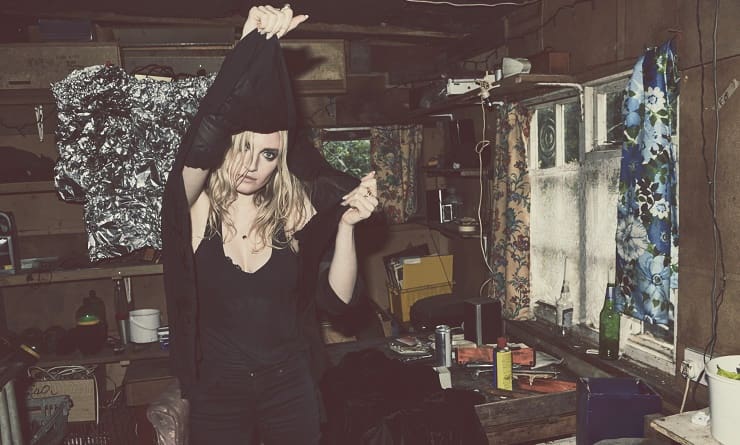 Able to expertly strike a variety of different narrative poses, she is at once the spurned lover and the fired-up rabble rouser, predator and prey. With Glue Moon previous singles ‘Sylvie’, ‘Push The Boat Out’, ‘I Let Love’ and ‘Lonely’ Hero’s lyrical imagination proved unique and bountiful. ‘If I Die And Nothing Happens’ takes her sound into unchartered territory. It’s a testament to her resplendent artistry, and a display of her limitless potential to find new sonic avenues.

With it’s heavy dub bass and raw distorted vocals, the sound of ‘If I Die And Nothing Happens’ belies Hero’s playful lyricism. The dark spectral soundscape she builds evokes a deep volcanic winter as her ambient instrumentation facilitates the telling of a fundamentally human story. Hero’s lyrical quest for light also serves as an affirmation of life, and a recognition of the beauty around us. Moreover, it showcases Hero’s unique dynamism as a songwriter. There are light moments within the dark, as in her canny layered vocals and the sublime motorik outro. The glacial production style shines with the same vitality that Hero has carried through all her work. Ultimately, ’If I Die And Nothing Happens’ is a heady reminder of the heights of alternative music and its limitless potential to tell new stories and explore new ideas. Hero’s influences are vast, but she distils them into a sound that feels both effortless and rare.

Hero Fisher: If I Die and Nothing Happens

Hero Fisher: If I Die and Nothing Happens Lyrics: