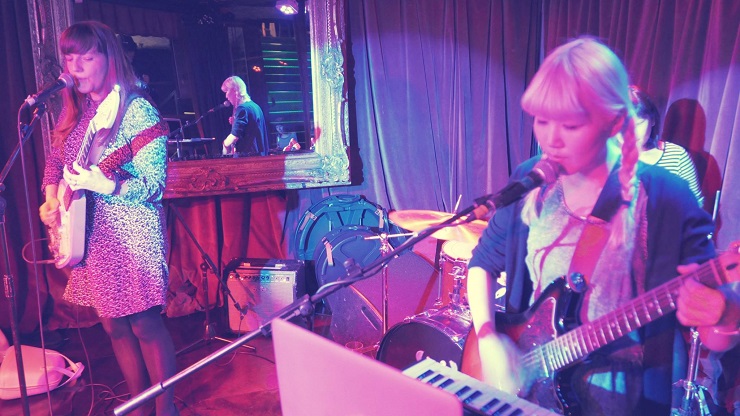 Nostalgia is a tricky thing. Everyone wants to dismiss it (or the idea of it), at least when it fits their feelings, but the moment something emerges that touches on some fantasized past, the same people are drooling over themselves. But a little bit of reflection — of thinking back on simpler times (maybe with the less pleasant bits edited out) — isn’t a bad thing. It’s really quite natural, as you get older.

Twinkle Twinkles is a three piece all-girl twee/indie/pop band based in the UK and Japan. Emily (G&Vo) , Nana (G&Vo) and Natsuki (Drums). They released their first self-titled album in 2012. They also released a split cassette tape with Liechtenstein from Sweden. In 2015, Nana moved to London and started playing with different members, Emily and Natsuki. Their new mini album“take me to the star” will be released on November 9th, 2016.