Trials Fusion is a platform racing game created by RedLynx in collaboration with Ubisoft Shanghai and Ubisoft Ukraine. A follow-up to the critically acclaimed Trials Evolution, it is the fifth game in the Trials series and is the first one to be released on a PlayStation platform. The game was released on Microsoft Windows, PlayStation 4, Xbox 360 and Xbox One in April 2014. A companion game, Trials Frontier, released on iOS and Android devices and is designed to accompany the console and PC title. Like previous games in the series, Trials Fusion presents an arcade take on the real-life sport of observed trials. The player controls a rider on a physics-based motorcycle from the start of the level to the end while navigating a number of obstacles. The game uses 3D graphics, but is played on a 2D plane, so the rider can only move forwards and backwards. The player controls how the rider shifts their weight forward and backward in order to perform wheelies and stoppies and well as flips while in the air. Unlike in previous Trials games, players can also perform freestyle motorcross stunts while in the air by moving the right analog stick. Trials Fusion will also feature a track editor, allowing players to create their own courses and games, though the ability to create supercross courses as in Trials Evolution is missing. Wikipedia®. 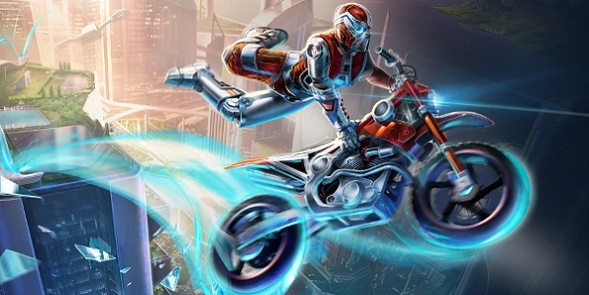 Trials Fusion Trainer (+6) Options:
Trainer for the racing game Trials Fusion, you can use it to activate these essential Cheat Codes: Disable fault Reset, Add 10000 Money, Add 1000 XP, Reset Timer to 0, Add Medals, No Fault. Note: This cheat tool is for the original version v1.0 of the game Trials Fusion.