The Amazing Spider-Man 2 is a 2014 action-adventure video game that will coincide with the release of the film of the same name featuring the Marvel Comics superhero Spider-Man. It has been developed by Beenox, developer of the previous games Spider-Man: Shattered Dimensions, Spider-Man: Edge of Time and The Amazing Spider-Man, and published by Activision. A Gameloft version was released on April 17 for iOS, and Android devices. It was released on April 29 in North America and May 2 in Europe for Microsoft Windows, Nintendo 3DS, PlayStation 3, PlayStation 4, Wii U, and Xbox 360. The Xbox One version was originally reported as delayed, but in the end it has been released alongside the other platforms. Wikipedia®. 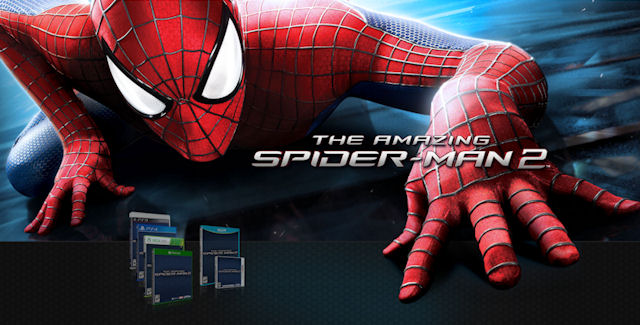