The captivating story-teller Tobi Sunmola drops ‘Never Forget We’re Here/Tales From The East IV’ – the latest instalment in a series of conceptual releases documenting life in Manchester. Whilst receiving recognition for his abilities as a promising young poet, following the release of this year’s ‘Childhood Culture’ EP, the emerging rapper showcases yet more of his distinctive capabilities here. Sunmola escalates from the smooth flow through ‘Never Forget We’re Here’ to a gritty MC delivery in the primal second section with effortless style. His skills are deployed with wisdom and a depth of ability beyond his years, as this gripping production wrestles with complex aspects of youth and manhood. 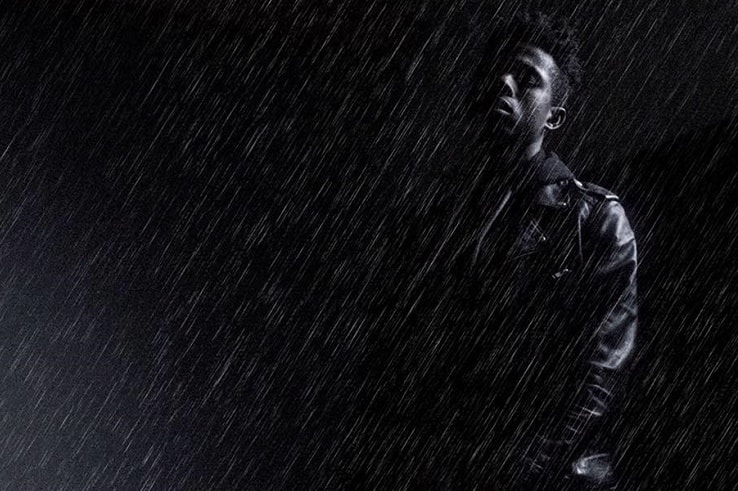 The accompanying video was produced by Luke Logan, who was shortlisted at the Cannes Film Festival for Young Director of the Year. It serves as a striking visual display of his internal struggle and illustrates the lyrical theme flawlessly. In his own words, Tobi explains how the concept “plays on the cynical nature and inherent flaws of the human sense of self. It represents a man running away from who he is, but eventually accepting and taking pride in himself.”

Having moved from Nigeria to Manchester at the age of sixteen, Sunmola developed a passion for music at his local youth centre studio. Owing much of his early success to the tight-knit Manchester music community, regional support from the Metro and Manchester Evening News helped identify his potential. Named as Mobo’s ‘One to Watch’, the emerging talent has since been championed by Huw Stephens and Mistajam on BBC Radio 1 and 1Xtra, whilst Complex, Flavour Magazine and Lost Culture have been writing about his ‘stunning versatility’ online. Capping these successes with a performance at Radio 1’s Big Weekend in 2016, the up-and-comer is now hitting the studio with Joe Hertz, Bipolar Sunshine, Wretch 32 and Jacob Banks.

Distinctive and stimulating, self aware and fully informed – Tobi Sunmola injects a vital energy into his latest outside-the-box concept track, and further establishes his standing as a prominent story-telling voice from Manchester. Combined with an array of adept live performances, including BBC Radio 1’s Big Weekend in Exeter last year – the wondrously creative, ‘Simba’ is a perceptive and accomplished piece of work, that will cement Sunmola’s place as one of the UK’s most exciting, rising hip hop artists this year.