Having brought the heat with previous singles ‘Simba’ and ‘Wild Wild East’ Mancunian wordsmith Tobi Sunmola releases the title track off his forthcoming EP ‘City Of Dreams’ Perhaps the most poignant single from the project, ‘City Of Dreams’ is a display of Tobi’s admiration and pride for his adopted city following the tragic events earlier in the year. Although the emotional track was written before the 02 bombing, Sunmola maintains that the meaning behind the lyrics only made sense after, as he yearns, “don’t believe what you read in the news baby, the city’s alive”. 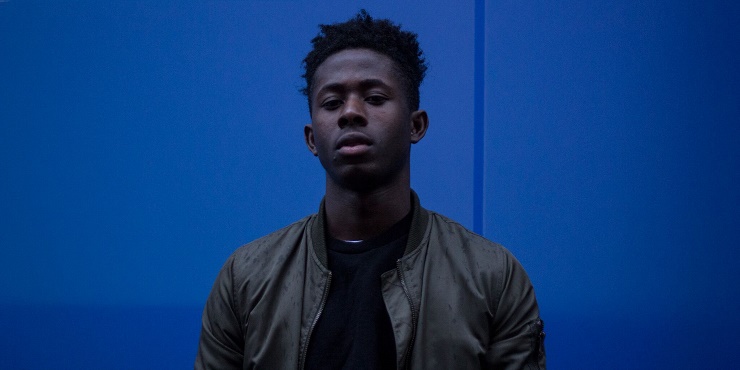 City Of Dreams is the latest in a series of societal musings all interlinked by a common theme. Inspired by the film ‘Inception’, the Nigerian-born rapper elaborates: “The general idea is understanding how much the belief in something can change your reality. [I am curious] how deep into my journey of understanding music I can go and how vulnerable and open I must become to achieve this”. Growing up in Nigeria, Tobi recalls saving up lunch money daily to skip school and head to the studio with his rap crew Dope Kommunity.

Moving to Manchester aged 16 the young poet instantly immersed himself in the UK hip hop scene recording in local youth club studios. Showing signs of a promising career early on, the aspiring talent has been advocated by the likes of Complex, The Line Of Best Fit, Mass Appeal, Highsnobiety, Afropunk, DJ Booth and BBC Radio 1 and 1Xtra. Captivating, and honest, Sunmola is able to connect with his audience through an inspired sincerity rarely seen amongst rappers so young. With 2017 shaping up swiftly to be his year, ‘City Of Dreams’ is certainly one not to be missed!