Somewhere between peat-bog and youth culture rises JR Green, brethren progeny of the Pictish heartlands. Hailing from Ardnamurchan, the most westerly point in perfidious Albion, siblings Jacob and Rory Green offer Celtic tradition fused with unyielding, veracious lyricism and thunderous, euphoric songwriting. Balderdash to your Bon Ivers and codswallop to your Mumfords, the brothers Green have lain to rest the epoch of sexless, gritless folk-pop with their atavistic clarion-calling strains. 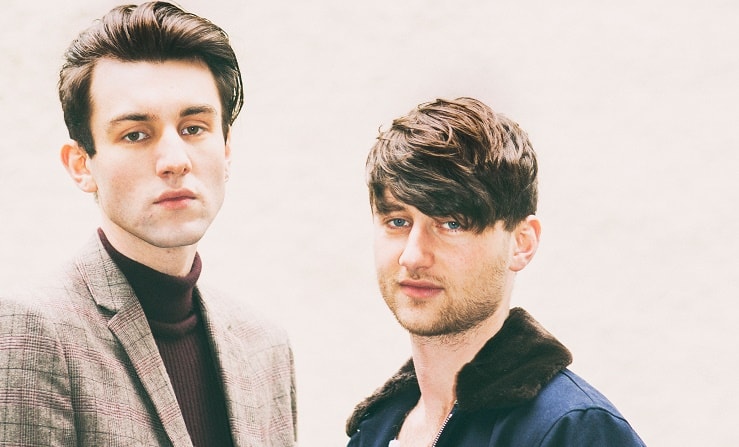 Thanks to 2015’s Bring The Witch Doctor EP, (released via Hits The Fan), and its two irresistible singles – ‘Nigerian Princess’ and ‘First Blood’, JR Green became fixtures on 2016’s ‘Ones To Watch’ lists, receiving plaudits on the wireless all over the BBC from Huw Stephens and Phil Taggart on Radio 1, to airplay on 6Music and BBC Radio Scotland. Highlights from the past year include a live concert for Vic Galloway (alongside C Duncan and Trembling Bells) as part of BBC Music at Celtic Connections, two shows at The Great Escape, performances at LA’s MusExpo and numerous festivals and shows throughout UK and the continent.

Man has forever spoken about the desire to never grow from a prolonged infancy in which, petulant and needy, we bawl and scream and take on the appearance of grotesque, gargantuan children. This regression is most obvious when discussing affairs of passion; this is what we become when we cannot obtain those we desire: irrational, clumsy, rasping infants, often with a murderous spark in our eyes. ‘Tiger Lily’, JR Green’s latest single, attempts an honest representation of what it is to be made a loser by longing and obsession, what it is to be weak and bloodthirsty, and all else better left in darkness.

The Flora EP is a body of work compiled of genuine expression. Looking back on these songs now we feel emotions of a mixed variety. Certain passages of lyricism and instrumentation appear to us as written by completely different people. That’s not to say that these songs haven’t served us well. They’ve taken us up and down the country and have bound ourselves and those involved with JR Green together. Experiences pass and become obscured through selective memory. In our fortunate position we have been able to freeze these experiences in songs, songs that make us squirm like eels with embarrassment, songs that make us get up stage night after night and perform with a sense of purpose. We hope to see you in the future, proud and bound together again.