Born in Toronto but conceived in Lindsay, Ontario, The Strumbellas are equal parts small town dream and big city hustle. It’s strange, perhaps, that Canada’s biggest city is home to its alt-country scene, but The Strumbellas rebel yell is a natural extension of the sound honed by Toronto stalwarts Royal City, The Sadies, Cuff the Duke, The Wilderness of Manitoba, and $100. Principal songwriter Simon Ward likes to say that his heart is in his hometown but his head is in the city, or vice versa, he’s not sure which. Sensitive singer-songwriters beware: this ain’t your meemaw’s country music. The band brings wheat-field harmonies and arena-ready thunder to back rooms and festival stages alike, sounding bigger and louder than any band with a banjo deserves to sound.

Folk whisp and country twang are nowhere to be found as the seven-member band pounds out a bluegrass-inspired indie rock that rivals punk and hardcore for sweat, blood, and ruckus. All this energy, however, is in the service of something even larger: the big pop hook. Ward often says he doesn’t want to make music for other musicians, and so he stuffs his thunderous country stomp with stick-in-your-head verses and monumental choruses. Along the way he details more than just love lost and won, with lyrics ranging from God to go-getters, and the little bit of life we get to lead before we’re gone. Having received rave reviews for their Canadian Music Week debut, CBC called them a “band to watch”, while their 2009 EP was well-reviewed across the blogosphere and in Now Magazine. February 2012 saw the release of their highly anticipated debut album, “My Father and The Hunter.”

New single from The Strumbellas’ sophomore album, We Still Move On Dance Floors.

I can still hear the sound of that broken piano, i can still feel the chill from the cold on the back of my spine
I can pray to a god, I can hope that he’ll save us
I have seen too much pain, too much hurt, too much death in this life 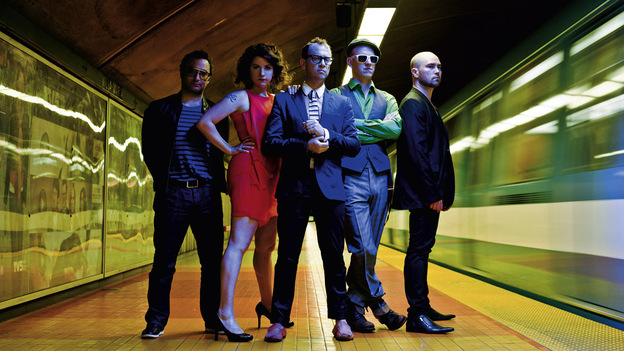