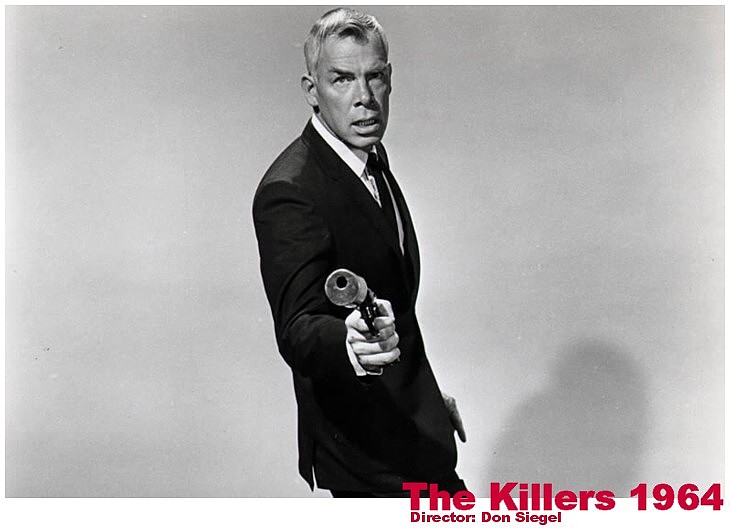 This version was directed by Don Siegel and stars Lee Marvin, John Cassavetes and Angie Dickinson. It is notable for being Ronald Reagan’s last film before entering politics as well as the only one in which he plays the role of a villain.Wikipedia®

Plot: Ernest Hemingway’s short story THE KILLERS was turned into two memorable films noir at the beginning and the end of the high period of the genre. The original 1946, directed by Robert Siodmak, version stars Burt Lancaster as “the Swede,” an aging boxer who is brought in on for an underground job. The 1964 Don Siegel version stars Lee Marvin and Clu Gulager as a pari of gunmen scouring a seedy underworld. 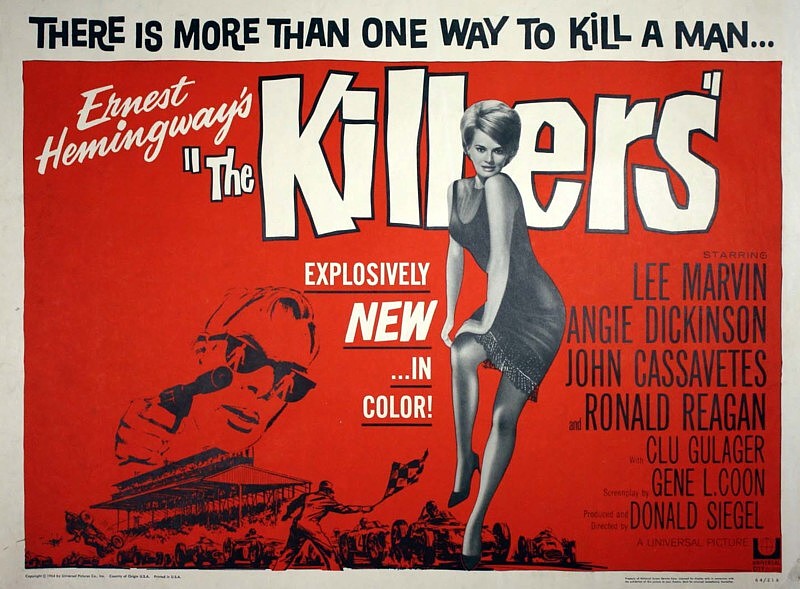